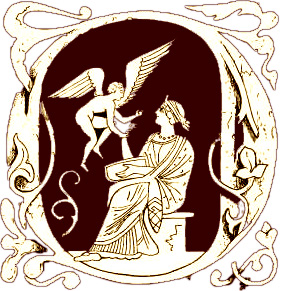 At that time in 2011 when the wedding of Will Windsor and Kate Middleton displaced all other news, I overheard the following exchange:

“But wasn’t it sad that Diana couldn’t be there?”

“Yes, I thought so too; heart-breaking, really. She would have been so proud.”

“Such a beautiful person she was; she did so much good. I still don’t understand why she had to die.”

The two shook their heads inconsolably.

I could have said something at this point, but it sounded rather brutal in my ears: “She died because she was in a terrible car accident.” I kept it to myself, wondering. They presumably thought she’d died according to some cosmic plan.

Human beings need to believe, but beliefs aren’t free; they must be defended, buttressed and rationalized. It’s a lot of work, and it’s not always worth it. I try to keep mine to a bare minimum.

My mother was a devout Catholic and drew great consolation from her faith. It never worked for me, though. I learned from Buddhism to prefer resolution to consolation. Nevertheless, resolving inner conflicts isn’t always pleasant — you have to face your demons; so, I understood her preference.

This conversation, however, left me wondering. If the agent of Diana’s death — God, the Universe or Fate — decided that she ‘had to die,’ where’s the consolation in that? It seems the divine agent has no interest in being fair which, if you’re looking for consolation, amounts to pretty much the same thing as an indifferent, godless universe.

Then there’s the notion of ‘karma,’ which nowadays is usually just a new word for the old idea of divine retribution, rather than the momentum of personal actions described by the Buddha. If it was Diana’s ‘karma’ to die, then perhaps she did something bad in an earlier life, which of course is something we’ll never know.

Either way, investing in this belief delivers no benefits. In fact, it seems to do the opposite. Believing in an agent with the power to save, but not the inclination to do so, is disappointing; actually, it’s downright disheartening.

Back in the Buddha’s day the Brahmins were a force to be reckoned with. They performed rituals and magical incantation to propitiate the gods. The Buddha was polite to them, and many of them actually turned to his teachings, but he had no time for their magical gobbledegook. He apparently thought it not so much wrong as a plain waste of energy. He likened them to a line of blind men, each following the one in front, all convinced they were on the right path because they went where everyone else went.

Instead of believing in things of which we can never be sure, he proposed that each of us discard speculation and seek out whatever can be known and changed, and to get to work on it. Even within present-day Buddhism, with its twenty-six centuries of accumulated interpretation and sophistication, there are those who devote their life to theoretical speculation. Admittedly, it’s fascinating; sometimes it’s helpful … but it’s really not the point. Life is short; what counts is not what we believe but how we live. Sometimes, as Sigmund Freud pointed out, a cigar is just a cigar. And sometimes a terrible accident is just a terrible accident.

3 thoughts on “The Divine”