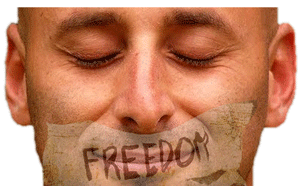 It’s easy to forget that the Buddha didn’t teach Buddhism. Buddhism came after. Rather, he taught dhamma, a way of aligning one’s outlook with the way things are. The implication is that by default, we’re out of alignment. In other words, “Everything’s an illusion.” So said the Buddha. Well, people say he said so anyway. It all depends on what you mean by ‘illusion;’ and, uh, ‘everything.’

Which is where Buddhism is at these days. To scholars and academics, Buddhism is scientific, consistent and historical. To the growing number of casual Buddhists, and especially to those who are ‘spiritual but not religious,‘ it’s what they want it to be. The Buddha lived a full life and said lots of things. Nothing’s simpler than to take them out of context and put your own spin on them. Believers have been doing that with holy books for ages.

We’re the one species that can rearrange reality

Still, he promised freedom from suffering. Well from dukkha, actually — which is not just about the unpleasant bits but our relationship with life itself. But why restrain your faith? Go for it. Enlightenment should be wonderful, shouldn’t it?

Or is that just another illusion?

When life has us down on our knees we’re susceptible to wishful thinking. As children we lie to others to get what we want. As adults we lie to ourselves to avoid what we don’t want. That’s denial. We’re the one species that can rearrange reality. At least, we act as if we can.

This is the gap where the light gets in: the opportunity to wake up to self-deception. In between our instinctive avoidance and the thing we’re trying to avoid we can glimpse the mechanism of projection, and interrupt it. To waylay denial in action is to know that it’s a choice, and that it makes things worse, not better. That is enlightenment.

Doesn’t sound particularly blissful, does it? But the equation is profoundly uncomplicated: if the problem is illusion, the solution is disillusion.

When you believe you can control life,
you’re lost in the maze of your own mind

This is tricky, but I’m not complaining. We’re talking about the problem of language. What the Buddha said is one thing. How you interpret it is another.

Quite apart from the fact that his words have been translated through at least three languages, he also said that the arbiter of what’s real is not his words anyway, but our experience. To see what he’s pointing at, you have to turn away from him. Even then, your point of view is yours alone. The thought that anything knowable stands ‘out there,’ irrespective of where you stand, is what makes projections seem real. Then, everything really is an illusion. Projections are a knee-jerk attempt to call the shots. Instead of helping us ride life’s ups and downs, they bind us to cyclic thinking. When you believe you can control life, you’re lost in the maze of your own mind.

Buddhism is not magic. It’s as susceptible to wishful thinking as anything else. In fact, it’s even more so. It’s especially blinding when it becomes the screen for your projections. You’re better off honestly lost than foolishly believing you’ve found the key to permanent happiness. At least then you’d know to keep looking.

The idea that everything’s an illusion may make you look twice and see through your own projections, or it may be an excuse to do absolutely nothing. Hence the blandest of all new-age expressions: “It’s all good.”

Words are mere designations, always somewhat blurred, but they still mean something. To say “everything’s an illusion” doesn’t mean that language is meaningless, that reason is unreasonable and that anything goes. It’s convenient for those seeking a painless ‘spiritual’ path, but it’s half-assed.

Denial is not an illusion. It’s real, and so are its consequences. However, all this is just semantics. The great task is not to describe reality but to see through our attempts to avoid it.

As our ancestors became self-conscious, death was no longer an intermittent threat but something pondered at length over the camp fire. Religions emerged as a way to accept the unacceptable. We’ve never discarded our religions more nonchalantly than we do today, ostensibly because they’re ‘unscientific,’ but really because they make us squirm. Along with the bathwater, we throw out the human frailty that religions were meant to address in the first place.

In the end, little has changed; we’re still trying to avoid the inevitable. We’re bound not just by our mortality but by our DNA, our genes, our consumer cravings and our habits of comfort. There is wiggle room, but no escape. We’re right to distrust the promises of religion, for nothing binds us more tightly than our belief in ultimate freedom.

However, that’s no reason to discard its questions. Freedom must be constantly renewed.

12 thoughts on “Bound by the Promise of Freedom”