Our daughter Melanie introduced us to her new boyfriend last night. Although she’s been dating for years, she’s never been as excited about a boy before; she even suggested I blog about love.

That surprised me because she’s really not the starry-eyed type; in fact, she’s generally on guard in her relationships—in part because that’s who she is, but also because we’ve encouraged her to be mindful of her own hopes just as much as other people’s motivations. I was perhaps a bit overbearing on that count—she once begged me to let her enjoy her illusions while she was still young and innocent!

Still, she knows better. Last night, she confessed to falling in love. “It’s crazy,” she said. “We’re crazy. We both feel that way, and we haven’t even known each other a month. That’s not possible is it? I mean, it can’t be real, can it?” 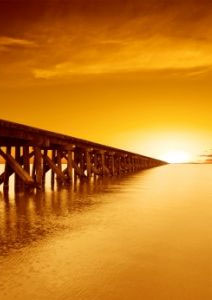 Obviously, her feelings are real. We tell her so. Our concern is that she doesn’t jump from this fact to the belief that this love will last forever. Of course, it might; plus they’d be crazy not to want that—after all, they’re risking their hearts. Still, chemistry is volatile; they’re better off avoiding interpretations about ‘what it all means’ and enjoying the moment. Apart from avoiding complications, it enhances the experience and the focus one brings to it.

Mindfulness is so useful—it cultivates letting go of compelling thoughts and staying with what we know. We all gravitate towards what we want, and speculating about that usually means thinking wishfully. Hopes and dreams beg to be believed in; it takes skill to keep letting them go, but to the extent I’ve been able to do that I’ve found myself more able to follow my gut, sidestep my fantasies and trust myself.

Melanie’s made a good start on these mental factors, and her new boyfriend seems to be of like mind. If that’s part of their chemistry, they’re off to a good start. We found out that he plans to run for public office one day. Lord knows, we need leaders with ethics and clear-headedness. He believes that that career path “holds the greatest potential to effect positive change for the most people.” Let’s hope he pursues both his personal and his public life with discernment and a clear head.