People are sometimes surprised to hear that I take my exercise at a local gym. Shouldn’t I—a former Buddhist monk and teacher of mindful reflection—be a dedicated yoga practitioner? Actually, I did practice yoga for many years, and also tai-chi, which I particularly loved. These days, however, I frequent the noisy, unassuming, weight room of the Hudson Racquet Club.

There seems to be a general consensus that yoga is spiritually superior, but I’m not of that mind; I hate the very notion of spiritual superiority. More to the point, neither yoga nor Buddhism are innately spiritual; nor are churches, mosques and temples for that matter; not even the most magnificent Himalayan sunset. If the word ‘spiritual’ means anything at all, it’s a state of mind. A calm, loving state of mind—right? Well … I’m not so sure of even that. 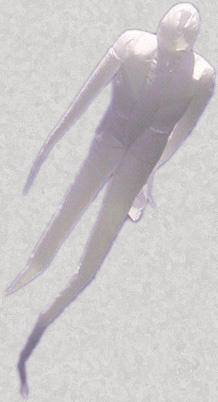 To me, spiritual is the opposite of material, and materialism is faith in the happiness-producing effect of stuff, which means anything that seems graspable. To be spiritual is to withdraw your hopes from those things, turn your attention to the grasping mind itself, and train it not to go where it doesn’t belong. That may eventually produce calm, loving states of mind, but in the meantime, there’s work to do.

I began weight-training for two reasons. One was a response to the horror of osteoporosis, which seriously deprecated my mother’s last decades and which I swore to fight—lifting weights grows both muscles and the bones they’re attached to. The other was to cope with the anger over my separation and divorce. The strenuous routine absorbed the physical symptoms, leaving my mind the space it needed to process the change in my self and my life. It was profoundly steadying.

Still, there are things I dislike about the gym; for a start, it’s almost impossible to work out in silence. Once again, if I want to concentrate and internalize the experience, you’d think a yoga studio would be more suitable, no? Well … no. In those havens of dim lights and soothing music I find myself drifting away in a semblance of meditation that’s really more like tuning out than in. Years of meditative retreats left me with a deep and, I must confess, inflexible attachment to peace and quiet; I become irritable when I can’t have it, even anti-social. How spiritual is that?

So, I try to forgive those people who chatter away instead of working out, and deconstruct my annoyance with loudspeakers that pump out loud, offensively predictable pop music. Now I’m in a quandary, because I’m convinced that mind-numbing, thump-thump music deepens automaticity, accellerates entropy and discourages mental growth. As the years go by, I don’t want my mind to grow rigid any more than I want my bones to go brittle.