Ajmal Kasab was sentenced to death on May 6th for his part in the November 2008 terror attack on the Chhatrapati Shivaji (formerly Victoria) Terminus railway station in Mumbai. Terror’s the right word: he cold-bloodedly shot, maimed and killed people even as they lay around him screaming; survivors are emotionally scarred for life. Some people don’t like the sentence; they wish it were harsher. 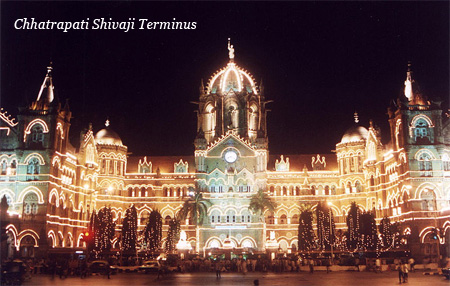 What he did was heartless, and yet upon hearing his fate, probably to be delayed by years or decades, he appeared to sob uncontrollably. “He should have thought of that,” said one commentator.

Why not be heartless? Kasab was.

I understand this response even as I’m repulsed by it. My first thought for Kasab was, “What did he expect?” Presumably, to die dramatically during the attack and be instantly transported to paradise. He may be a dangerous, premeditated mass murderer, but he’s also a fool. My second thought was wondering whether, had I been raised in the same circumstances, I too might have fallen for the same sort of twisted pseudo-religion. Do I have monster potential? I sorely remember how naive and gullible I was at the age of twenty-two.

Those who are haunted by the question of capital punishment wonder, if we’re heartless to the heartless, what that makes us. Those who favor the death penalty see compassion as a weakness — as did Kasab. Selecting those who deserve it assumes moral superiority and the right to judge persons, not just what they do. I have a problem with that. It’s condescending to those who are deemed worthy of compassion and, worse, it undermines the whole point of compassion — a word that means ‘suffering together.’ Kasab was presumably motivated by a twisted wish to do the right thing. The uncomfortable truth is that good and evil are both products of the human heart, found nowhere else but in the human heart.

To feel compassion for Kasab is not to condone his actions. Nor does it suggest he should go free. That would be insane. Part of me wants to treat him with unmitigated contempt — to think of him as inhuman. That way, I don’t have to wonder whether I too — unlike him a real human — have monster potential. Another part of me recognizes that who I am is contingent — that I’m lucky to have been well nurtured.

We all trip up; when we do, nothing helps us back to our feet like real compassion. It makes us all better people. It makes society a better place. Who knows? It might even lead Kasab to regret his actions, not just because he got caught but because he realizes just how lost he was. Is there something wrong with that?