I’m still a little conflicted in my relationship to Buddhism. I study the Buddhist scriptures with, in anything, more interest than ever, but I stubbornly refuse to call myself a Buddhist. Why? Because I don’t belong (or wish to belong) to any particular tradition. Am I being honest, or ornery?

By conventional standards, I’m not a Buddhist. Just as a Christian must be baptized to enter the Church, an orthodox Buddhist is someone who takes refuge in the Three Jewels—the Buddha, Dharma and Sangha. There’s a ceremony for just that, and most Buddhists recite a prayer of refuge daily. I don’t do that now, although I did many years ago, and reiterated it in my ordinations as a novice, and then as a fully ordained bikkhu. Ostensibly, one is declaring fealty to the Buddha, faith in the words of the scriptures and loyalty to the congregation of fellow refugees. As the word implies, there’s a sense of fleeing something harmful—the undirected, unmindful life; as the explanation implies, there’s something religious and consolatory about the act of refuge. 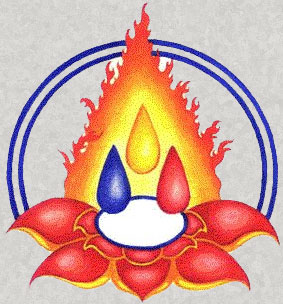 I have many friends who are avid Buddhists. Much to my surprise Stephen Batchelor, the most notorious of them, opens a 2009 Dutch TV documentary with the statement: “I’m a Buddhist.” Nevertheless, I can’t join them—not in that way, anyhow. I feel amply connected to them through our common humanity, but am rather put off by labels of affiliation. Similarly, although I was born and raised in England, spiritually formed among Tibetans and have lived in Canada longer than anywhere else, I feel no loyalty towards any place more than the planet itself—our poor, overburdened mother Earth.

I take refuge in unorthodox ways that are legitimate for me: in the Buddha, as awakening itself; in the dharma, as the practice of mindful reflection; and in the sangha, as people of like mind. You see my dilemma? Many Jews, Muslims, Christians and atheists fit that mould perfectly well, while many Buddhists don’t. Sorry, no names, though you could always start with the ruling junta of Myanmar.

So there’s the logic of it, aka my rationalization. As for the real reason, it’s emotional of course. Although I’ve spent much of my life in visceral search of belonging, when push comes to shove I never last long. I was a miserable boy scout, a negligent schoolboy, an awful Catholic and an ungrateful Buddhist. I don’t like to be pigeonholed, nor expected to be good by other people’s standards. What gives enthusiastic members a sense of security makes me question my motives. I never quite figured out how to reconcile loyalty and honesty.

Besides, whether I like it or not, I seem to be a square peg.