Listening to the radio news the other night, I heard for the first time about Jacques Delisle, a Former Quebec Appeal Court justice charged in a Quebec courtroom this week with first-degree murder in the death of his wife.

My first reaction was a sigh. This comes in the same week that a commission of inquiry examines allegations of partisan interference in the selection of Quebec judges. Over the years I’ve heard personal anecdotal stories of judges that I can’t repeat because they’d be libelous, but which I tend to believe. There’s something comforting in the thought that the powerful are probably more corrupt than the rest of us; perhaps it justifies our powerlessness. 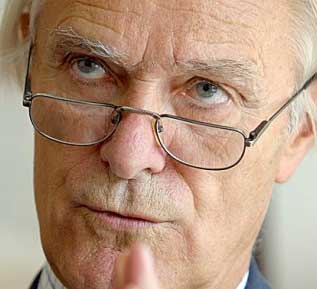 Delisle was called to the bar in 1958, named a Superior Court judge in 1983, and promoted to the Quebec Court of Appeal in 1992. He also faces a charge of possessing an illegal firearm.

His wife Marie-Nicole Rainville’s death was originally classified as a suicide, but police reversed the finding following a lengthy investigation into the death of the 71-year-old woman. Details are covered by a publication ban.

The more I listened, the more I sickened to think that someone like this had held judicial power over hundreds of people and participated in the formation of public policy. The feeling merged with my general distrust of public figures, known instances of betrayal by public officials and a growing sense of cynicism about our society, a realisation of powerlessness and, above all, a feeling of us and them.

As the announcer wound down his long report about the caution of the police and courts in pursuit of this arrest, I was filled with disgust. Almost as an afterthought, he closed his report with the statement that “Delisle’s wife had been seriously ill for some time.”

My judgements came tumbling down around my ears. Suddenly there was no more ‘us and them;’ I was in this man’s shoes, respecting the possibility that he might have done the unthinkable to end her suffering. My wife Caroline has made it clear in no uncertain terms that should her MS ever bring her to a state of total disability, she wouldn’t want to be kept hanging on. Of course, I respect her wishes. Given a legitimate choice I’d perhaps make the right decision. But what if I weren’t given that choice, and was left to watch her suffer without respite? Would my commitment to those wishes override all other considerations?

If this story actually turns out to be one of compassion, and not of conjugal violence as I’d cynically assumed, Judge Delisle may lose his liberty—and gain my respect.

We talk of ‘the media’ as if it’s an entity in its own right, but in the end it’s just people under pressure putting stories together. Even when those stories are factually accurate, they still have to pass through the filter of our prejudices and emotional needs before they settle in our consciousness. Unfortunately, we’re not answerable to anyone for our judgements until we express them. More often than not they’re half-baked, flimsy and based on habitual thinking; if we do express them it’s usually to enable the cynicism of others and believe ourselves smugly right because they agree. It’s comforting to know that we’re not alone in our prejudices. Is this how our society has grown so cynical?

In this instance the facts jarred sufficiently for me to question myself, but how often is that not the case? How often do I just jump to convenient conclusions? If I can’t blame things on the powers that be, I can always shift the blame to ‘the media’ for the way they presented ‘the facts.’ Either way I remain, in my own eyes, as pure as the driven snow.

This realisation isn’t very flattering. It reminds me of how much rubbish goes through my head under the pretext of common sense. The price of integrity is the abandonment of beliefs that we hold simply because they’re comfortably familiar. Sometimes we’re our own worst enemies; how often are we willing to admit that?

2 thoughts on “Tending to Believe”