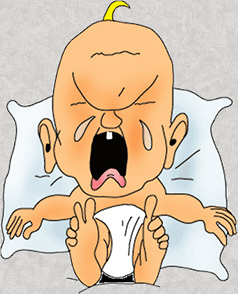 Who was asking me this? My mother, believe it or not. Despite the interrogation mark, it was no question. She was trying to steer the conversation away from any possible discomfort.

I shook my head in exasperation.

She took a sip of wine, turned to my sister and said, “He may seem peculiar to us, but he’s not really crazy … is he? My sister joined in the laughter, making it quite clear that this didn’t need to be taken seriously.

I’d just told Mum that I was seeing a psychologist.

She’d been a loving mother; if not for her I’d probably lack what empathy I have. That day, however, she was definitely more concerned about her reputation as a good parent than my emotional stability.

Mum’s generation saw mental therapy very differently from dental, chiropodical or optical doctoring. It wasn’t the least bit unrespectable to have rotten teeth, flat feet or bad eyesight, but emotional issues were just not on. I’d grown up with a short fuse — on that everyone agreed; however, why I’d turned out that way was my problem; I had to deal with it on my own — and I’d better be discreet about it too. Suggesting that it had anything to do with family dynamics was both indelicate and further proof of my belligerence.

Attitudes have moved forward a bit a since those days – but only so far. Outright avoidance of the issue has been replaced by the ubiquitous ‘shrink’ joke, and even those who’ve devoted their lives to self-improvement are often seen to squirm: “I don’t need a therapist — my spouse/partner/soulmate and I talk about everything.”

That’s hardly the point. People who charge a fee to see you may or may not have their own issues, but their relationship with you simply isn’t as emotionally charged as a friend’s — let alone a soulmate’s. Of course, the trial and error of finding a suitable, compatible and competent therapist is no joke. Several therapists did me harm before I settled down with one.

That’s not to say that sitting with a therapist is necessarily comfortable. Assuming that he/she has insight into human behaviour, the job is to get under your defences and deliver awkward truths in a way that you can actually digest. It’s not pleasant, but then neither is dentistry.

Last week my trusted therapist confronted me with something that, in my middle-age, I really didn’t want to hear. The ghost of my father — actually, the ghost of my relationship with my father — still has the power to lead me down destructive pathways. Jeez! I thought we’d been through all that.

I sat in the comfy chair and felt my resistance grow. He didn’t back down, but every word was delivered with unmistakable friendship. My defences were primed to spring into action — itching at the trigger — but they didn’t.

“Hah!” you might say. “He got ya good!” But no — put away that cynicism and consider. Paying for his caring attitude doesn’t make it phony; it takes the personal stakes out of the conversation so it’s lightweight enough to get through. By the time I walked out of his office, something that had been subconsciously buried for far too long was now in the forefront of my mind, where it could be dealt with. Of course, it’s not magic; the work remains to be done.

This is where I’m grateful for my training in mindful reflection. I’ve learned to watch my mind during everyday interactions. Bringing this skill to bear on my newfound old issue benefits me and those who have to put up with me. If I’m diligent, it will bring insight — not flattering or flowery, but healing, and that’s what it’s all about, isn’t it?