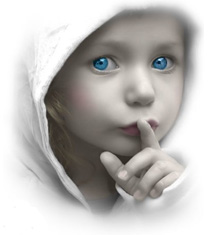 Stillness is the master of passion
—  Tao Te Ching 26

“You teach meditation? I need to do that. Where can I find out more?”

So say many people I meet, though few actually sign up. “I’m going through a busy time at work,” they say; or “that’s hockey night.” I’m sure they’re telling the truth, but I’m also sure they’re avoiding the point.

Some of the time we really are busy: creating, studying, engaging with people; we may work simply because we’re good at it and love surfing that tide of accomplishment. Other times we relax in front of the TV, read, chat or play games. We’re always driven to do something. We occasionally call it passing time, as if we have too much on our hands; as if time will never run out.

So who can imagine a greater laziness than sitting around doing absolutely nothing — not even thinking. Calling it laziness is yet another evasion, a way to justify avoiding silence. Blame the Protestant Ethic if you want, but the real reason we stay frantically occupied, even when we’re trying to de-stress, is because the human mind abhors a vacuum.

I knew someone who couldn’t even sit in the back seat of a car on a long-distance journey without creating conversation. She had nothing in particular to say; it was all about avoiding the spectre of discomfort, as if without words her very existence was unjustified. For her, silence was hell.

It isn’t always driven by neurosis. Filling a lull in the conversation at a cocktail party may be an act of compassion, but an aversion to silence between friends, even spouses, is disturbing. Where’s the comfort in that — or the trust? Sitting in silence with others is profoundly liberating. Try it and see.

It’s also profoundly healing. I started meditating over thirty years ago. It changed my life and gave me a new outlook to which I credit my hard-earned emotional balance. When the time comes to sit and do nothing, however, I still sometimes experience an inner cringe — a pulling away from the brink. As I settle down the feeling evaporates, but never completely goes away; there’s always an urge to scratch, or get up and make tea, or catch up on one of my never-ending projects. We seem programmed to keep busy, to not face the cacophony of our own mind.

Cacophony? Wait — weren’t we were speaking of silence? Well, as you’ll know if you’ve tried, it’s not that simple. Sitting in silence for more than a few minutes confronts you with the relentlessness of the inner chatter. “Empty your mind of all thoughts,” says the sage. Great idea; I want to. But does it happen for more than a few moments? And are those moments really empty?

Such is the dilemma of the goal-oriented meditator. To measure your success and make sure you’re on track, you need to think about it. So are the skeptics right? Is all this navel-gazing just a load of rubbish?

Ah! More potential excuses. Yes it’s a load of rubbish. No, it’s profound truth. Both are thoughts; both pre-empt silence. You can’t argue yourself through meditation — well you can — and at the beginning you will, trust me— but you can definitely do better.

“Just sitting,” is a how they put it in Zen; ‘just,’ of course, meaning nothing but. Again, the mind protests, argues, cajoles, resists, cries, threatens — all thoughts, all to be relinquished.

Meditation is trickery, plain and simple. You aim at silence, but expect noise. Gradually, you gain the habit of letting go, and you see that even the most conflicting thoughts are all of the same stuff. They merely occur to you; they are not you. Thus, you step away from them. Under pressure like this you might try to counteract bad feelings with ‘good’ thoughts. Letting go of these too leaves the feelings more nakedly exposed and helps you — rather than manipulate them (which never works anyway) — to accept them. Feelings too come and go. They are not you.

Choosing to not hang on to thoughts and feelings is the freedom of meditation, and therein lies the healing. Whether you achieve complete silence isn’t the point. It’s the letting go that counts. You want to make a habit of it. Don’t worry; it won’t stop you from thinking, any more than letting the leaves settle stops tea from being refreshing; it just brings more clarity.