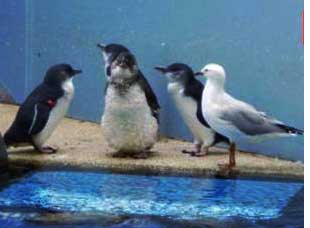 Has your judgment ever been so different from everyone else’s that you’re afraid to trust it? You suspected they knew something you didn’t and put your gut feelings to one side. Did you ever regret it?

That’s your Doh! moment. I was reminded of it recently, while watching a low-brow Hollywood comedy.

In The Zookeeper, a man is torn between life with a six-figure income and bombshell wife, or self-fulfillment as a grubby zookeeper. In just over an hour and a half, Griffin figures out that the gorgeous woman he’s lusting after is as shallow as a puddle, his career as a Ferrari salesman is undignified, and that his natural life partner’s been right beside him all along.

Predictable schlock, right? Perhaps — but Hollywood sometimes hits the nail smack on the head. I related right away.

Unfortunately, my life wasn’t scripted by a professional screenwriter, so figuring out where I stood took a bit more than an hour and a half — more like years of agony and self-doubt.

When Griffin’s misguided plans come to fruition and the bombshell finally chooses him, his insight is clear as a bell. “It ain’t gonna happen,” he announces in front of the whole dealership, and marches proudly back to the zoo.

By contrast, I procrastinated, hemmed and hawed, and looked over my shoulder for decades until I stumbled upon happiness.

Well, at least I recognized it when it came.

The timidity of fitting in 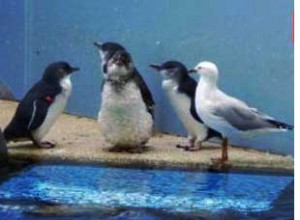 I was thirty when my life as a Buddhist monk fell apart. I didn’t know where I belonged. I decided to be practical — just like everyone else.

I met a glamorous woman and thought I’d be an idiot not to marry her. Just like Griffin, I was unnerved by the emotional boredom I felt and looked to others for cues. What should I want? Who should I be?

It knew deep in my heart it wasn’t me, but desperate to control my life, and in the spirit of sacrifice, I did what I thought I ’should.’

What finally woke me from my idiocy was the realization that I could be myself by myself. That’s when I resumed my teaching vocation, and since then I’ve met dozens of people who have also denied their gut wisdom and tried to become something they’re not. Phew! I’m not the only one.

Sound familiar? Ever wonder, “What’s wrong with me?”

Getting a grip: self-control and rational decision-making

When life goes badly, we’re encouraged to “get a grip,” and “take control of our destiny.”

Guess what? That’s when we make these sort of misguided decisions. The problem isn’t a lack of control, it’s the illusion of control. (Hint: reread that sentence.)

When chatting with’ someone you know well, in a situation that’s totally familiar, you might act in ways that reflect your feelings — whether or not it’s a pleasant chat. There’s no one standing behind that act, no one pulling the levers. You are just what you are.

Think about it. If you’re riding a bike and have to consciously decide when to pump the left leg and when the right, you’d never get anywhere. Most of the time, your brain just has to send the right message, and the job gets done — like riding a bicycle.

In the 1980s, neuro-physiologist Benjamin Libet demonstrated the “half-second delay” between action (which comes first) and the conscious decision to act (which comes after).

How is that possible? The process that actually initiates the action is subconscious. Call it intuition if you like; it doesn’t matter. The point is, our conscious decision-making is much less significant than we generally assume.

At best, this is sobering. At worst, it’s humiliating.

Which is exactly how I felt watching The Zookeeper. In a flash, I relived the foolishness that once marked my life.

You know what I’m talking about right? You may be highly educated, intelligent and resourceful, but you’re also human. Even the best of us have periods of blindness, denial and, well, stupidity.

What are we supposed to do with that? Learn, of course. The wise aren’t wise just because they’ve got special powers or even because they’ve lived through so much. It’s because they faced their experiences and processed them.

That’s what the ‘reflection’ part of mindful reflection is all about. Be gentle — it’s over now. Don’t get caught up blaming yourself or anyone else. See that you and your behavior are products of circumstances. If you learn and grow from life like this, you’ll be kinder to others too. It’s natural. It’s what we all need.

So forget about taking control. Given a chance, your intuitive empathy and sympathy will guide you with genuine intelligence. Take conscious decisions with a grain of salt, and let yourself make stupid mistakes sometimes. Mindful reflection calls on you to see not what you want to see but what’s really there. You can’t enjoy life if you’re on the run. Face it fair and square and you’ll live it to the full.

2 thoughts on “Letting Go and the Art of Self-fulfilment”