It’s surprising how often family ties are antagonistic, and how many adults are still enmeshed in sibling rivalry. Even those of us with complicated families tend to think that everyone else’s family is just fine. 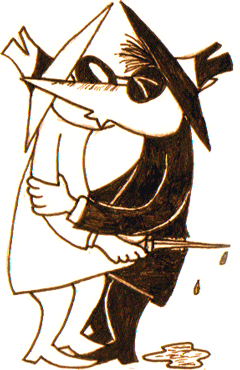 I don’t speak to my brother Philip. I dream of him though, a lot. At night he becomes my lifelong friend — someone I trust, who understands and respects me. I recently dreamed that we sat in a fancy hotel lobby, shared a bottle of fine old Scotch and chatted the night away.

Unfortunately, our reality is different. It started a lifetime ago. Our father was difficult. He used guilt to keep my brother in the family restaurant while setting me free to explore my wanderlust. Meanwhile, our mother taught us that conflict was to be avoided at all costs. That wasn’t just a notion but a pattern of behavior built right into us, the way only a mother can do.

Philip and I grew up in the same house, shared the same vernacular and learned the same superstitions from the same nuns and monks at the same schools. We were close in so many practical ways, and yet from day one we were baffled by one another.

Later in life I thought he was wasting his life by clinging to respectability and convention. He resented my rebellion against it. When I tried to discuss our judgments of one another he insisted he had no issues and ordered another pint of beer. I think he believed his story; he certainly took refuge in it. Everyone else noticed our mutual antagonism, but we never actually had that conversation.

Being together didn’t make us close, and estrangement brought us no relief; on the contrary. My dreams only remind me of the hopes I’ve nursed for so long. I know Philip’s a sentimental softie and probably wants to be loved just as much as I do. I bet he’s as disappointed as I am.

Loving Someone is not a Decision

That sounds like reason enough to make another effort, doesn’t it? Trouble is, effort has very little to do with it. All relationships need work from time to time, but without the underlying respect and trust, what do you work with? On the other side of the situation is the question of when you stop trying. It’s not a conscious decision. In fact, I dare say we haven’t stopped.

A friend of mine a few years back was diagnosed with inoperable lung cancer. He marveled at how his brother, with whom he hadn’t exchanged a word in thirty years, became his best friend for his last few weeks of life. Perhaps something like that will happen to Philip and me. I’m afraid it’ll take an earthquake like that to rearrange the landscape of our brotherhood, but you never know. If he called me tonight, I’m sure I’d respond.

With colleagues and acquaintances, a bit of courtesy is enough to grease the wheels and get things done. But family relationships are driven by subliminal fears – of being ‘wrong’ or ‘bad.’ It raises the sorts of spectres that inhabit our childhood nightmares.

We formed those relationships before we were fully socialized, and embedded buttons in our psyches that only family members know how to press. They’re shaped not by our rational sides but by the animal instincts we all know so well from the schoolyard: envy, retaliation, opportunism, selfishness and brutality. They’re wired into our brains.

What Happens to the Child in You?

Growing up doesn’t mean the child disappears; simply that it’s overshadowed by a rational grown-up who seems, tries or just hopes to know better. How do we reconcile our animal and social survival instincts? How do we accept our irrational side without giving into it? How do I accept that I don’t get along with my brother even though I really long to, and think he does too? Sometimes it’s more about acceptance than resolution.

Denial, entertaining distractions and the constant preoccupation of ‘hard work’ are all convenient ways to put awkward questions on the back burner. They’re still there, though, simmering away.

Avoidance can’t free us from the seeds we sow of our own disappointment. They come back to haunt us – in my case as lovely dreams that leave me sad when I awake. They’re reminders that we’re not at peace. At a certain point in every life we suspect that peace is not our destiny, that it’s a fantasy. After all, homo sapiens is just a species of ape, clever but not invulnerable.

For some reason, we stubbornly refuse to accept that. We insist on peace despite its overwhelming unlikelihood. It’ll take more than wishful thinking, though.

For millennia wise men and women have preached ways to peace of mind. All agree that it takes work and a special sort of letting go. Of what, exactly? That’s something we each have to figure out. The tool of mindful reflection helps us do just that. It’s what we learn in Quiet Mind Workshops.

6 thoughts on “Family Relationships: So Close and Yet So Far”