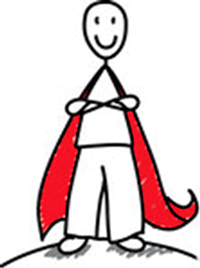 I began teaching a new mindfulness workshop this week. As I took my place at the head of the large room I gazed with satisfaction over a sea of expectant faces and felt a nagging question form in the back of my mind. Is satisfaction an appropriate attitude? Isn’t that a bit like unseemly pride? Am I not supposed to be motivated by pure altruism? Even if I were—which I’m not—how could I even make such a claim?

Setting oneself up as a teacher is quite a move for someone long haunted by the demon of self-doubt. My overt credential is that I was a fully ordained Buddhist monk and received in-depth instruction from a dozen or two Tibetan Buddhist masters, just as their oft-recited credential was their lineage connection back to the Buddha himself. A more tangible qualification though, is that I’ve tried as best I could to use what I learned while living the intervening years of prosperity and failure, joy and tragedy, marriage and parenting.

I postponed my teaching career for two and a half decades precisely because all I had to go on back in the 1980s was book learning and a bit of meditation in remote retreat centres. I may have felt as spiritual and otherworldly as can be, but was entirely cut off from the everyday realities of the people I wanted to teach. What finally qualified me in my own eyes was the fact that I’d grown more balanced over the years, and have built the inner resources to reformulate what I learned from experience—not just in Buddhist jargon but from the inside out.

Daily life has challenged my practice in ways I never imagined when I lived the privileged life of a monk. The people behind all those faces that gaze at me expectantly must deal with those challenges too, but without the advantage I had of being exposed in depth, at a young age, to an extraordinary system of thought and practice. Having all that under my belt during the ups and downs of the intervening years has given my life all the purpose I ever hoped for.

I’m not all that altruistic, but wouldn’t it be great? I’m not an enlightened being, though I am a lot more alert to my own limitations and illusions than I used to be. I’m comfortable teaching mindful reflection because I’ve been practicing it for thirty-five years, not because I’ve mastered the art of concentration or left behind negativity once and for all. I don’t even believe that’s possible. I don’t see past lives; I often have trouble keeping this one in focus. I struggle, just like everyone else.

Some of the students to whom I’ve explained this have groaned in disbelief, demanding to know how, if I’m still struggling after thirty-five years, they can ever hope to master their own minds. Mastery of your mind is not the point. The important thing is to continually adjust your course. Like a ship at sea, life and its stresses don’t come to a dead stop and abruptly take a new direction. It takes a while to swing the whole thing around and point it to a new horizon. What’s important is to keep checking your course.

My blog is a record of my hand on the tiller. It documents my failures as well as my successes. It’s an example of mindful reflection in action, and may give you some first-hand evidence to help you decide whether or not it’s for you.

5 thoughts on “Taking my Place”