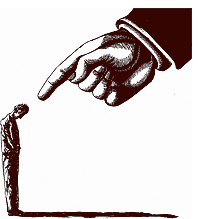 In my upcoming Summer workshop at H~OM Yoga Wellness we’ll be discussing family issues and how to face them. A daunting topic? You might say so. Even this one little item today about family guilt is a lot for one post. Still, let’s get the ball rolling.

And where else would we begin but with mothers? Mine wanted my brother and me to love one another no matter what. We fought and we loved, but in reality we did neither very well. The fighting never led to resolution, and the love was rarely more than a temporary truce. We were so different in outlook and personality that we found only small oases of common ground in a desert of mutual unintelligibility. Nevertheless, we tried, year after year. What kept our inclinations in check was the guilt of letting Mum down.

This way of ‘protecting’ our mother from reality colored my relationship with her for decades. I felt guilty when I left home to roam the world, then more guilt when I settled down to become a monk. I embarrassed her in the eyes of her friends, robbed her of the chance to show off the apple of her eye. At least, that was my take. I felt unworthy because of what I’d inflicted on her. To confuse things, I also blamed her for my rotten feelings of guilt, never mind that they were of my own making.

Then, after eight years of life as a monk, I returned to lay life. Still I felt guilt; not just when I did wrong but also when I didn’t. That nasty, burrowing feeling of self-inflicted blame is the worst. It’s what people think of when they throw up their hands and utter the despicable word: ‘guilt.’

How my relationship with my mother changed

Mum was in her eighties when we finally broke through the veil. She came to visit just as I was finishing the first complete draft of my memoir. Her eyes lit up at mention of it. I never imagined she’d read it. It was a dark confession listing all my childhood resentments, all my hidden feelings, all the disappointment with my family. I handed it over nervously.

She consumed it virtually overnight. Rather than being hurt, as I expected, she looked up with pride. Then we revisited those family years with a frankness I never thought possible. We reopened one door after another. The old parent-child roles dissolved and we spoke as fellow mortals. It was the most liberating time of my life – far more so than roaming the Himalayas and living fancy-free. Not only did we touch each other with trust, we also discovered that guilt wasn’t indelible. I learned about her guilt. Finally she said, “I didn’t give you enough support…, did I?” I blinked. That statement changed my life.

Stepping back from guilt

The big question, of course, is how do we step back from guilt? It’s not imposed on us but wells up from inside. It seems such an inseparable part of who we are.

The first step is obviously to clear away the confusion between healthy remorse and self-destructive guilt. Sometimes, no most of the time, it’s just a repetitive conditioned response; it feels so inescapable.

All this theory doesn’t change much though. Ideas can’t uproot habits. The thing is to retrain the mind. Mindfulness is a practical tool that makes you attentive not only of things around you but of those inside as well. You get to see your mind in action. Once you see it, rather than just being lost in it, change becomes possible.

Thoughts are quick, but with practice they come into focus. Mindfulness widens the gap between stimulus and response. That gap came in useful during the long reflective conversations I now had with my mother. I saw guilt lurking, and learned to keep it at arm’s length.

Quiet Mind is my present-day group of like-minded people. I don’t teach because I’ve got all the answers. There are no real answers besides living itself. Life is a process.

In my upcoming workshop we’ll talk about these issues and more. It’s all very introspective. You just have to sit there and let the ideas percolate. They’re not my ideas. Actually, they’re rather old. You might recognize some from your childhood, before you learned to shut up and stop asking awkward questions. They’ve all been asked before, and brushed under the rug a hundred times.

We lift the rug and find that all that dust is far from banal. People who don’t know each other sit together and listen, sometimes to me, more often to the resonance in their own lives. In today’s busy world few environments encourage us to attend to our particular needs. At QM the de-stressing begins when you walk in. You don’t have to be anyone or do anything. You can speak up or be silent; it’s up to you. There’s no chanting, no prayer, no ritual, no lecture, no sermon. Join us. It’ll do you the world of good.

And, oh yes, we’ll be talking about family. How to accept them, how to change your expectations of them, how to see them as fellow mortals. No guilt!

4 thoughts on “Guilt: Why You Don’t Have to Live with It”