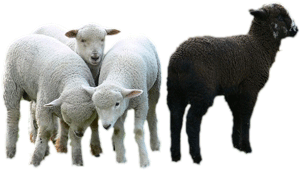 The family pecking order evolves organically, almost randomly, but always ends up set in stone. That’s how it feels, anyway.

A therapist once told me, “Don’t make the mistake of thinking you grew up in the same family as your siblings.” What that means is that your own experience is formed as much by your relationships with them as by your own personality. In fact, your personality itself is formed within relationships, and those early ones run deep.

I was the third of four, and could go on for hours about why each of us turned out the way we did, but it wouldn’t get me anywhere. I’d be as wrong about as many things as I’d be right.

Still, there are some things I’m sure of. For example, I was the bad-tempered one. That’s how they put it anyway, and for years I went along with that judgement. I hated it, but couldn’t contradict it. From a young age I was moody, often explosive. The sad thing about this sort of labelling is that everyone grows into their roles and it becomes a self-fulfilling prophesy. They triggered that sort of behaviour in me by simply expecting it. Seeing how they provoked me upset me even more. It was a downward spiral that I escaped only when I left home.

With that same therapist I learned to take a step to one side and find a new perspective. One day he said, quite simply, “Perhaps you had reasons to be angry.” His statement jolted me in two ways: first, I saw that I wasn’t an inherently bad-tempered person; just an ordinary person who got angry. Secondly, I finally saw that, at least some of the time, I had every right to be.

The first hurdle is the desire to change how others think, behave and feel. You might as well reverse the laws of gravity.

We all know it’s impossible to live in a family and never upset or be upset by them. The problem in our home, as in so many, was that nobody spoke out. You might say that I did, but you’d be wrong. I didn’t speak up, I exploded when I couldn’t keep it in any more. Just like the others, I usually bit my lip when things upset me. Who wants to pay the price for interrupting good family cheer?

My feelings came out eventually, but the timing was off and the real causes were obscured. They were rarely addressed in helpful ways. To complicate matters, my outburst also gave everyone else the perfect opportunity to vent their own anger. Emotions were expressed, but nothing was resolved. I was the scapegoat. Most families have one.

Expressing yourself effectively takes practice. The first hurdle is the desire to change how others think, behave and feel. You might as well try to reverse the laws of gravity. When you act with that in mind, they’ll react by digging in their heels. Expressing yourself means being honest and vulnerable, and to get past the urge to change them. That’s not easy, especially with people who know your buttons and how to press them.

The second step is to stop feeling victimized. This is tough. The temptation to revert to familiar roles can be overpowering at first. Whether you react defensively or aggressively, old family dynamics will slip seamlessly into auto-pilot.

There’s nothing natural about stepping away from old patterns. It’s a special skill that comes only with practice. It doesn’t flourish overnight. Wishing good thoughts and praying for change are all very well, but it takes effort to understand and express yourself.

It’s possible that your family will see your changes and treat you with new respect, but don’t count on it. Unless they work to develop those same skills, they may be as stuck as ever in their role-playing and their reactivity. That’s why the third all-important skill is acceptance. Remember, this is not resigning yourself to the status quo, but recognizing the difference between what you can change and what you can’t.

So what will change? Your level of stress, your self-respect and integrity. It will also change the dynamics in your family. At the very least, you’ll be able to come and go with head held high. In a best-case scenario they’ll start reacting differently, but that can’t be your focus. Their response always begins with how you approach them, and that depends on how you see yourself.

1 thought on “Heal Yourself, Heal Your Family”