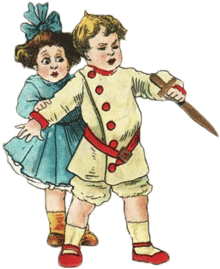 Spouses protect one other. It’s part of the job description, though sometimes it gets out of hand. My father was prone to whisper-shouting at us, ‘Don’t tell your mother. It’ll kill her!’

He was exaggerating of course, but the urgency was real. He wanted to protect her from the pain of knowing something unpleasant, usually something we’d done.

Most of the time, Mum found out in the end anyway, and the longer we’d managed to keep the secret the more upset she’d become. She felt we were treating her like a child. There were occasions when her friends knew something she didn’t, much to her later embarrassment.

The fact is, many of Dad’s secrets were designed to protect him as much as her. I suspect he only dimly realized that, if at all. He didn’t want to witness Mum’s pain and have to stand by helplessly as she wept, cursed or nursed her resentment. He was used to being in control and nothing quite undermined him like his wife’s emotions.

Shielding loved ones from perceived threats is an instinctive response, but not always a healthy one. There are some lessons in life you learn only by falling flat on your face, but they still have to be learned. Being warned off or tricked away from trouble is no substitute for learning consequences the hard way. The pain of falling is a shock to the system that makes us think twice not just about what tripped us but about our outlook on life. “How could I have walked straight into that? Why didn’t I see it coming?” It’s how we learn and grow.

We feel at a certain age that we’ve earned the right to be in control, to not make mistakes and to not have to be humiliated ever again. This is fake dignity.

These things happen too often for comfort when we’re young: tracking mud over a freshly cleaned floor; getting on a bicycle before we can quite reach the pedals; falling for someone bad thinking we’ll make them good. The reality is though, we continue to make mistakes all through life. Opportunities for growth never end.

The trouble is that those opportunities are often painful, so we naturally resist them. As we get older, pride gets the upper hand. Like my father, we feel at a certain age that we’ve earned the right to be in control, to not make mistakes and to not have to be humiliated ever again. Like a ‘real man’ who never cries, this is fake dignity. We project our own fears on to our spouses and interfere with their growth, all the while avoiding our own. It does no one any favors.

Protective behavior is instinctive to begin with. In a long-term intimate relationship it becomes a more convoluted reflex. Before we can realistically change controlling behavior we have to see it happening in real time. This is the meaning of ‘self-knowledge’ or self-observation.

I was the observer of a controlling father, as well as his heir to this behaviour. I sometimes see my father acting through me, for example when I think I’m protecting my wife. It makes me cringe. Then what?

I have two choices: to feign ignorance or to face my weakness. And so I remind myself that my wife’s a grown up, and so is our relationship — at least, it should be if I want her respect. Isn’t that what marriage is all about?

2 thoughts on “Protecting Your Spouse … or Controlling?”