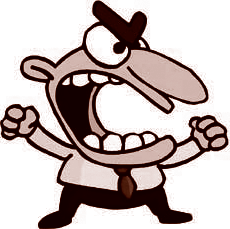 My Dad hated to apologize for anything. “It’s a sign of weakness,” he’d say. True, he was a hard-headed Calabrian but I still thought that was a bit extreme. He was also a devout Catholic, but his concept of what a man should be wasn’t guided just by his beliefs. It began with his childhood role models back in the archaic toe of Italy.

I grew up for years watching my father confront, scream at and lambast his employees and family. I was afraid of and sometimes hated him but still, he was my role-model. I emulated his good qualities and avoided the bad ones as best I could. I internalized his fortitude but played down the macho image.

We like to think of ourselves as self-possessed,
but the fact is we all rely on a gender template

I didn’t want to pretend to be strong. I wanted to be strong. To my mind I was utterly different from him, but at the end of the day who knows? Like father, like son, no?

We like to think of ourselves as self-possessed, but the fact is we all rely on a gender template. We learn and grow. We fiddle with it, but big chunks are firmly embedded in our psyche. It takes practice to uproot them. I’m still stopped dead in my tracks by the realization that something I’ve just done, that I wished I hadn’t, came verbatim from my father. Oh my God, I’m him!

How human is that? I can’t imagine any other animal agonizing as we do about how to be. We always want to know the right thing to do. We also want to be sure of ourselves. It’s not easy. Moral guides are necessarily broad and open to interpretation. Look at how many otherwise good Christians favour guns, capital punishment and war.

For me, manliness has become about not giving in to testosterone. Women understand this about men. Having wrestled for millennia with the male need to be right and in control, they’re particularly sensitive to how stupid it makes us, especially about our own feelings. A man who can expose his feelings and cry openly is admired and prized by women.

In our attempts to do the right thing, we worry so much about what might happen that we miss what’s actually happening

On the other hand, no one likes a weakling. Our mindful ability to transform ourselves lies in knowing our feelings as we feel them and seeing our raw motives plain as day. Whether or not we exhibit those feelings is another matter, hopefully one of good judgement.

I try to keep my neurotic anxieties to a minimum. In our attempts to do the right thing, we humans worry so much about what might happen that we miss what’s actually happening. I’m quite sure that when Dad held his head up and refused to apologize, the aggrieved parties saw him as anything but strong. Nevertheless, he was unwaveringly sure of himself. That’s why when I notice myself swaggering like him, a red flag goes up. Before any harm’s done, I wonder, “Why am I so sure of myself?”

It doesn’t matter one bit whether I’m better or worse than you at something; the testosterone-fuelled drive to be better has no bearing on my intelligence, creativity or happiness.

Ask my family about me and they’ll tell you I was always strange. In my youth I acquired many unusual opinions, often for no other reason than that they were unusual. When I realized that they were all letting me down I switched tactics. I started to shed them instead.

For example, I turned my back on competition and found out that it doesn’t matter one bit whether I’m better or worse than you at something. The testosterone-fuelled drive to be better has no bearing on my intelligence, creativity or happiness. I stop to consider whether I’m acting out of strength or weakness. I’ve learned to live with the fact that I don’t have many answers, and that’s become my greatest strength.

Self-doubt’s depressing, but self-inflation is just dumb. I went almost nuts writing early drafts of my memoir The Novice. I thought the protagonist should be heroic, but the more I painted myself that way, the less believable ‘I’ became. My wife and my therapist read early drafts. Both said the same thing: ‘Be yourself when you write; be vulnerable.’ It was strangely difficult to figure out what that meant but sure enough, in time the protagonist became believable, likeable … strong. I adopted the same philosophy for life itself. It’s working out.

As Freud noticed, we cultivate our inhibitions until we intuitively fit in, but knowing when to let go of those inhibitions is anything but intuitive. It takes constant, conscious attention. It’s hard work, but worthwhile. To be blindly bound by the actions of those who went before us, to keep pounding our chests in search of attention, is something that humans alone can choose to stop doing. That’s when free will is a blessing.

11 thoughts on “The Fragile He-Man”