Once again, scandal hits the Buddhist press. Zen master Joshu Sasaki Roshi, described by his cine-biographer Don Farber as a “remarkable living treasure,” has been exposed as another sexual predator. Even more shockingly, his prosperous community knew it for decades and did nothing, all the while recruiting more students. Only now that the 105-year-old Sasaki… 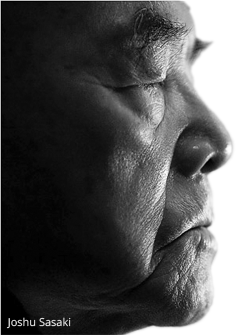 Zen master Joshu Sasaki Roshi, described by his cine-biographer Don Farber as a “remarkable living treasure,” has been exposed as another sexual predator. Even more shockingly, his prosperous community knew it for decades and did nothing, all the while recruiting more students. Only now that the 105-year-old Sasaki has retired from public life and the danger of implosion has passed has the community found the courage to speak about it, and even then from the improvised anonymity of the newly-created Osho Council of Rinzai-ji, no personal names mentioned.

What shocks me is the shock. Does anyone still believe that Buddhist communities are inherently different, that their asymmetrical power structures, particularly in the Japanese and Tibetan traditions, should somehow be immune to human failings?

the guru-disciple relationship belongs
to a different time and culture

More to the point, are we only now finally realizing that the guru-disciple relationship belongs to a different time and culture? Sasaki’s students at his Zen Center in California are not untutored feudal vassals but modern educated citizens of liberal democracies, trained in at least rudimentary scientific impartiality and encouraged through years of schooling to think for themselves.

We do not need to wonder why men in positions of unrestrained power behave badly. We know why. What we need to understand more clearly, what should concern us at least as deeply if not more, is how that power is so freely granted to them by the very people they abuse.

My eight years as a Buddhist monk were relatively benign, but I emerged from them shattered by uncertainty. My personal psychology was a factor, but the Buddhist communities in which I lived exerted a powerful social force in which my guilelessness was well nourished.

What led me to Buddhism? I was dissatisfied with my birth culture, which assured me that it was best because it brought freedom, but I knew that was spin, a play on words. It wanted us to settle for freedom of choice as a cheap replacement for freedom of spirit, which is so devilishly elusive.

The truth is that freedom of choice is burdensome

Just making choices is hard enough. Once upon a time your ancestry determined your career, your parents selected your spouse and your geographic circumstances dictated your diet and lifestyle. Today we get to decide all those things, and more. Every day we make a hundred choices, a thousand. Teenage school pupils, few of whom have any notion of what to do with their lives, are forced to make long-term academic choices they barely understand. They know one thing though: that it’s stressful, and that that’s just the beginning.

The truth is that freedom of choice is burdensome. Most people simply submit to the pressure and get on with it. Some of us question the status quo and conclude that this is nuts, that our society is bamboozling us, dressing up fast food as nutritious and advertizing fast life as glorious. Far from bringing relief, these insights compound the stress. No surprise then that some people will go to great lengths to be free of this stress, to find someone else to make their decisions, someone they can trust.

When dispirited, we seek to raise our spirits. The same society that has us trapped in its freedoms offers conciliatory pleasures and distractions. Once we’re through with those however, we turn to pursuits that are more ephemerally spiritual. This deliberately vague word defies definition. It’s more about what it’s not: not materialistic, not conventional, not rational.

Meditation, philosophy, no-mind and non-dual emptiness
are guaranteed to make us feel way cool and special

That’s when things get complicated. It’s when we grow vulnerable in the most unhealthy ways. We’re tempted by communities that embrace us with hugs and gushing love, with namastes and tashi-delegs, by teachers said to be living Buddhas, by systems of meditation, philosophy, no-mind and non-dual emptiness guaranteed to make us feel way cool and special. We’re even promised magical powers and omniscience. Who knows what’s possible and what’s not?

The paradox is that Buddhism appeals to the most educated among us because of its reputation as scientific, objective, atheistic and non-religious. None of these are traditional appellations of Buddhism. They are modern spin, the urgent rationalizations of Westerners who turn to Buddhism after having rejected their own inherited culture and beliefs.

Like self-help gurus, Buddhist teachers today know what we want. To reel us in they promise escape from stress, peace of mind. We want to stop the inner chatter, stop the angst, stop the pointlessness, stop the torment…and to belong.

At some point in this search for refuge we abandon our hesitation and believe that the guru is especially able, both in ethics and in skill. He is wiser. We trust him. The community assures us. We see their sincerity, feel their love for him and are touched by the same love for us. They want us to bathe in it too. They call him a ‘living treasure,’ and assure us of his credentials. If he’s Asian, all the better. All the easier.

Can we really be so simple? I was, but not in isolation. I was desperate, arriving in the nick of time into the friendly, loving arms of the community. They taught me that to doubt is disloyal and unspeakable; that they—that we—were righteous and sincere.

We sometimes slice our awareness into layers. It’s strange. Everyone knows what it is to know at one layer that you’ve sacrificed self-reliance and compromised your integrity, while at another to assure yourself that your decision will have to do; that doubt is unbearable. Believe with the community and you’ll share in their love and security. You’ll also be committed to their righteousness.

In the words of Alan Watts, “When you confer spiritual authority on another person you are allowing them to pick your pocket and sell you your own watch.”

The mentor relationship deteriorates the minute you abandon your discernment, the instant you stop taking your own risks.

The Osho Council of Rinzai-ji, the anonymous group that apologized for Sasaki Roshi and his silent lieutenants, is now committed to, “an ethics policy to ensure that the kind of misconduct that we failed to address properly in the past will not occur again.” It may be well-intentioned, but is it realistic? They’re apparently not too sure, for they append their statement with the following caveat, “—and will be dealt with properly and swiftly if it does.” 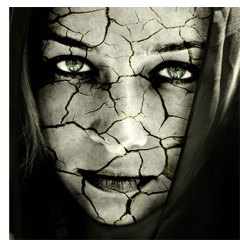 Sexual scandals attract attention because the hurt is so great, the damage so indelible, but they are only the tip of the iceberg. Even when sexual propriety is maintained, the asymmetry of the guru-disciple power arrangement sets up loyalties that favor personal fealty over truth and integrity. It is undemocratic. It is illiberal and misguided. This feudal power relationship has been dragged into the modern world in the guise of romanticized Orientalism. It is in profound contradiction to all the Buddha taught about working with your own experience. It takes not just the charisma of a clever teacher but also the active collusion of those who buy into it. The price of admission is a bit of existential doubt and a brief phase of personal weakness. Once you’re in, the door closes hermetically on any lingering doubts.

There is natural community, not contrived to support your fondest wishes but to commiserate with on life’s hard byways

No one is eternally strong. Everyone is at times overwhelmed by self-doubt, sadness, depression, anxiety or angst. When spirits are low and we turn to spiritual solutions, our judgment may be not just poor, but vacant.

I loved the Buddha’s teachings. I found them invaluable and still do. However, I mistook Buddhists for the Buddha and lost my way. Still, I was lucky and my eyes opened one day to the contrived righteousness of communal life. I understood that it was time to move on. Technically, I was free, under no physical and only gentle psychological pressure to stay. However, it took me a full year to extricate myself, to let go of my need for love and validation from this group, to give up the image of myself on a holy and righteous path and return to the plain truth that purity is an illusion, that there is no security and that I had to pursue my mundane way alone.

That in fact, I’d been alone all along.

There is life after a spiritual community. There is such a thing as natural community, not contrived to support your fondest wishes but to commiserate with on life’s hard byways. There is no preexisting group out there waiting for you. Real community forms organically, spontaneously. Prepare yourself for it by traveling light. People of like mind are not found in any particular monastery, school or social group. It’s rare to meet others with whom we truly commune. We know that. You know that. Locking yourself into a gated community, pretending you’re safe and sound, is a sure way to not bump into anyone intimately.

Get out there, vulnerable and honest. Admit you’re alone on your path through life and you’ll sooner or later meet fellow-travelers. You’ll share your insights as equals. Some of them may for a while become mentors or guides. Bear in mind though, that relationship will deteriorate the minute you abandon your discernment, the instant you stop taking your own risks.

Otherwise, how will you know when they’re speaking nonsense, as from time to time we all do? How will you realize that they’re manipulating you, as they might if they see you can’t hold your own? They might even be doing it because they love you.

How would you know what sort of love that is?

Stephen Schettini is a Montreal author and blogger. He offers one-on-one guidance by Skype or by phone to those feeling the need to distance themselves from a community or teacher.