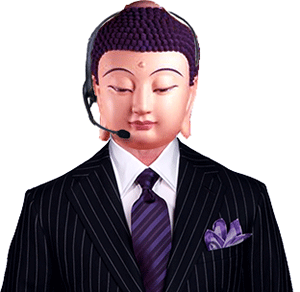 The Buddha never called himself a guru. For modern readers of the Pali Canon (the earliest Buddhist record) he comes across as a practical man with little interest in doctrines and theories. His great invention was the fourfold task.

You probably know this as the Four Noble Truths, but more then twenty years ago the philologist K.R. Norman determined that the term ‘noble truth’ was not in the earliest historical record. It was added later, presumably to help Buddhism feel more sacred and secure. In its religious heyday that sort of language may have spurred membership. Today it turns a lot of people off.

Like all great inventors, the Buddha was followed by a string of entrepreneurs who made his teachings first into a religion, then a philosophy. That’s why disillusioned and doubtful Buddhists eventually turn to the early records of Buddhism, seeking something less contrived.

That record describes a man who helped people feel better about themselves. If he were alive today, we’d call him a self-help guru. He was big on self-reliance and encouraged people to seek freedom by examining their own experience. He was silent in the face of brilliantly pointless metaphysical questions.

We’re different from other animals. This thinking tool that
bulges behind our eyes is hugely powerful and addictive.

What Buddha taught isn’t hard because it’s complicated but because he asks us to face reality without pretense. Conventional life encourages us with its intermittent pleasures but leaves no lasting satisfaction, he said. Sometimes, it’s miserable as hell. Plus, we’re all doomed.

That’s a pretty unorthodox way to start a new movement. I still can’t believe how well it worked. He was obviously on to something.

I’ve had it with piety and with flatulent
theorizing. I just have to speak out.

Simplicity is tough. To approach life without convenient, consoling rationalizations is to go against everything that makes us special. God blundered when he gave humankind dominion, “over every living thing that moveth upon the earth,” (Genesis 1:28) but we are different from the other animals. This thinking tool that bulges behind our eyes is hugely powerful and addictive, no matter that we assign it mostly trivial tasks. You can’t stop it, but you might knock some sense into it.

There’s more to that than just thinking profound thoughts. In fact, that tends to have the opposite effect. The more sophisticated our answers to the Big Questions, the more inconclusive they become. They never quite satisfy. In fact, a little honest introspection might reveal that they’re meant to sweep our angst under the carpet. This clever behavior is samsara, the vicious cycle. Life will never serve humanity’s vanities but we just can’t let it go. In an alternate universe Henry Ford might have said. “Progress is bunk.”

Rationalizations with no practical
purpose are usually acts of denial

The Buddha’s simplicity isn’t vague. It points sharply at our every experience. Step One: admit that everything’s not all right; you don’t have a handle on life; rationalizations with no practical purpose are usually acts of denial. Step Two: see that trying to fix life—fixating on it—just feeds back into the dissatisfaction; you don’t have to try and fix everything; you can let go. Step Three: experience that letting go; peaceful, isn’t it? Step Four: Keep letting go and you’ll cultivate a new way.

There it is in plain language: a fourfold task to freedom. What could be more self-help, new-age and catchy? Buddha’s The Man. Don’t misunderstand me. I’m not being sarcastic. It works.

If I sound a little edgy it’s because I’ve had it with piety and with flatulent theorizing. I just have to speak out. I hate the flimsiness of the New Age as much as you, but I also hate the pretensions of those who invoke the Ancients as if they were a master race.

Dependency on analytical thinking leads us to confuse the syntax of language with the nature of reality. When you take Buddhism as an ideology, the Buddha’s practical instructions get mangled into nonsense about us not really existing, or into metaphysical fantasies about some Ultimate Reality.

Sure you have to think about stuff, but experience it first; otherwise it’s just theory. Remember when you were a freshman, babbling polysyllabic words, pretending you weren’t a dumb kid any more? You had nothing under your belt but a few overwritten term papers. Hey, I did it too. It’s so embarrassing. Some people never outgrow it. The worst is when they make a career of it.

Again, don’t get me wrong: analyzing the Pali canon requires skills and special tools. I tip my hat to the scholars who make obscure texts available to us, but scholarship is just a means to an end. I especially admire those who can function within a tradition without being buried alive in rules and deep theory, who lead with a practical edge. The point is to put the method to work; to transform the way we experience ourselves and treat others. Have I got it all wrong? Am I just a simplistic new-ager? I don’t think so.

This post was tangentially inspired by Stephen Batchelor’s article A Secular Buddhism, published by the Journal of Global Buddhism, but don’t blame him for my indiscretions.

14 thoughts on “Buddha: the Self-help Guru”