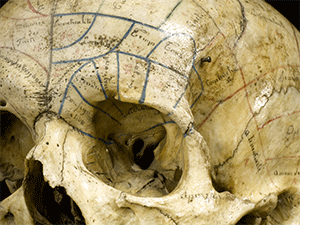 Sometimes the most carefully laid plans for life disintegrate around us like dust, It’s traumatic. I’m happily married now, but like a baptism of fire I first had to go through a divorce. Before that, leaving the monk’s life was an even deeper divorce, as if I’d been cut away from myself.

Both times, blame and self-pity sucked me into a downward spiral. Somehow, I faced my disappointment. Strewn before me like the unpromised land were all my illusions about life and love. It was simple. It was unflattering. It all came down to insecurity and the urge to belong.

The dream of security is sealed by the glue of loyalty

Family, friends and society support our illusions more readily than our insights. It’s human nature to wriggle ourselves into a nice, safe huddle. The dream of security is sealed by the glue of loyalty.

But it also leads us to betray ourselves.

Buddhism requires the faithful to be loyal, but also to
figure things out for themselves. How’s that work?

With a bit of luck, the huddle triggers first claustrophobia, and then defiance. I remember arguing with my soon-to-be ex-wife and a group of friends. The ex took it for granted that I’d stand by her, but I didn’t. I thought she was wrong and said so. She was outraged, which I understood. She was also sincerely perplexed, which made me stop and think. I was risking our relationship for something I believed in. She was doing what people do most of the time — looking for support.

Monastic life makes similar demands. In Catholicism it’s simply called ‘obedience.’ Buddhism requires the faithful to be loyal to the teacher, the community and the teachings, but also to figure things out for themselves. How’s that supposed to work?

We always have a rationale, but it’s not always rational

It seems like an impossible paradox, but it’s not as immobilizing as it sounds. Once again, it’s all theory. The awful truth is that what we believe depends on how we feel. How we rationalize depends on what we want to believe. If you’re feeling vulnerable and need to belong somewhere, as I felt when I was ordained and when I married, your judgment will simply take a back seat. It’s called survival.

Philosophers have long tried to turn this equation around. It can happen, but it’s rare and there’s no formula. The human brain is a trickster. We always have a rationale, but it’s not always rational. Without mental and emotional agility we fall for that assumption that we call common sense. It’s not necessarily unfounded. It’s sometimes right, but it needs constant rethinking; hence the need to expose yourself to doubt.

The insecurity of being makes us crave stability

The insecurity of being makes us crave stability in life, and also in thought. We want issues to be black and white. Fortunately, they’re not. Imagine that life were as secure as we wished. How dreary it would be. Occasionally, getting what we want helps us along our path. More often, it’s simply not what we need.

How can we know? By looking back on it once the dust has settled. “No, no,” the insistent little inner voice cries out, “How do we know in advance?”

People expect you to be loyal in love and in business. Family and community takes it for granted. Mafia clans and gangs are bound by rigid ethics, and guess which one tops the list. What do all these expectations have in common? The preservation of inter-personal relationships. They subvert ethics to the need to belong.

Introspection combined with intelligent, balanced feedback
is the shifting ground of personal and interpersonal growth

Loyalty enables us to partake of the great feasts of social engagement, but it’s fraught with treachery. It causes religious communities to conceal abuse and rationalize that concealment as ethically necessary. It enables people to stop thinking for themselves. Surely there’s nothing recent, modern or unusual about this. It’s been going on for millennia. Any community claiming to represent The Truth, or The Law, or Civilization is sooner or later caught in webs of its own hypocrisy.

And then there’s the compounded danger: how often has the spotlight been shone and the truth been told, only to see the new Guardians of Truth fall into the same trap. It’s easy to point out someone else’s hypocrisy, to feel smug and right. What does it take to admit that we’re all driven by the same instincts for survival, comfort and love? We can’t constantly adapt to changing realities alone. We all need support. We need family friends and society, but we also need the courage of our convictions, to take the risk of being wrong — even of being alone.

Our motivations are a wily target, always one step
ahead of us but never entirely beyond reach

Healthy loyalty exists, but not just by good intentions. It’s an ongoing commitment, a fragile combination of hard work, self-doubt and human warmth. Anyone can shout from the rooftops, hurl insults and claim to be right, but righteousness is insidious. Once the battle’s over thoughtful people make change happen.

I discovered the pernicious role of my own sense of belonging while writing my memoir, The Novice. With the help of my editor, friend and wife Caroline, I saw through the compromises I made. That relationship is important. Introspection combined with intelligent, balanced feedback from an honest friend is the shifting ground of personal and interpersonal growth. In my earlier marriage that support was taken for granted; it wasn’t honest. Because it took no risks, our foundation crumbled.

We’re told that everyone wants to be happy and loved, but what actually motivates us is on the other side of that coin: it’s the fear of being unhappy, unconnected, unloved and unimportant. From the moment we’re ejected from the womb we seek something to cling to. Whatever we find, we hang on to for dear life. Those primal urges are damned hard to let go of, if that’s even possible. Once we recognize them however, we no longer blindly submit. Just knowing that they’re constantly lurking, waiting for a moment’s inattention, changes our perception of who we are.

They’re a wily target, always one step ahead of us but never entirely beyond reach. Being mindful of the breath in the present moment is pleasant, but seeing our own motivations for what they are is transformative. It makes better people of us, and the world a better place.

5 thoughts on “When Loyalty Betrays”