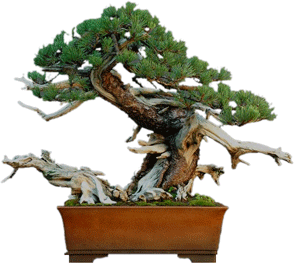 I’ve been asked how mindfulness has worked out for me. Here’s a synopsis.

It began as a meditation thing in my teens. I locked my bedroom door, put on a Ravi Shankar LP, and closed my eyes. My mind wouldn’t empty, so I tried astral travel, whizzing around the universe to the gradually accelerating sitar raga. It made sense at the time, being an Indian thing and all, and it was fun. When I finally opened my eyes though, I knew I’d made it up.

I read like crazy: occultism, shamanism, Buddhism. Mindfulness must have been in there, but it wasn’t on my radar. I wanted to silence my mind, not watch it. Magical powers were part of the deal. I was totally cool with that. I met Mahayana Tantric Buddhists, not just Tibetans but Westerners. It was a fit.

We were galvanized by the promises of meditation — bliss, omniscience, nobility. We were impatient. We wanted Enlightenment, the faster the better. Three years and three months they told us, handing out secret initiations. In their minds they were seeding us for future lifetimes, but we wanted to master them now. By contrast, anchoring our attention to the breath would take ages. Literally.

Still, the lamas didn’t mince words. You had to be in shape to tread the fast track to Enlightenment. It was for those who were ready, who’d ripened themselves in previous lives. I couldn’t remember my previous lives, but why would I have encountered Tantric Buddhism in this life if I wasn’t ready? It made sense, right? We looked at each other and nodded, as if we could rationalize it into happening.

The practices were immensely complex. Even our teachers spent hours a day reciting long texts, visualizations we were supposed to master in some future lifetime. The texts said those who were worthy could reach out and touch their thoughts transformed into enlightened matter. It made us shiver. There were stories of lamas who boiled skull cups of nectar in their bare hands.

Eventually, my inner voice spoke up. It wasn’t going to happen. My limitations were limitless. My teachers were human, my brothers were dreaming. I needed a cold shower.

I woke up. At least, I stopped dreaming. I was now in Sri Lanka, in an old-fashioned retreat, letting go of impatience. While watching the breath, I noticed the mind. How much effort I’d put into shaping it. Why? Bit by bit I let go of all the rationalizations and theoretical teaching. I stuck to what I could actually do. Much of what I’d worked so hard for fell away like a snake skin, dry and empty. I breathed. It was good. Once I dared to doubt, I wondered why I’d believed in the first place. The fear was gone. The stillness was awesome.

I was free — freer, anyway. I no longer had a place, but belonging had served me, got me back on track when I lost my way. To not belong now was hard, but I had to forge my own path. It was high time. I went freelance.

I hoped to maintain the pure values of the monk’s subsidized life, but that was impossible. Having now to earn a living, I became a consumer like everyone else. To exist you must eat. To work you must play.

What matters is where you are, not where you’re going

I fit in, or tried to. I felt like someone without a past; rather, with a past that wouldn’t connect. I knew I had a say in who I was, but few ideas about what sort of person that might be. Most people identify with their worldly skills, but I had none. I took work in places I didn’t belong. I married badly.

And yet I was doing better than others. Everyone put on a show of holding it together, but scratch at the surface and things come tumbling out. They were as scared as me. I remembered the Buddha: “The world is afflicted by death and decay. But the wise do not grieve, having realized the nature of the world.”(1)

I didn’t feel wise. Ignorant more like, though not in a bad way. No one knew any more or less than I did. That wasn’t the point anyway. What matters is where you are, not where you’re going. I felt light.

I hardly noticed it turning into a habit, this letting go. To be honest, I thought I’d given it up. There were still times I sat in silence, as still as a rock. It felt fine, but returning to the cushion seemed a chore. If it was really working for me, shouldn’t I be glued to it?

There were venal periods too, mistake piled on mistake. I pleasured and suffered like everyone, but carried it less, put it down more easily. I had a sense of watching the world go by, right through me really. Hopes and dreams evaporated. People say that’s not good, but it was. With clarity came appreciation.

Seek and ye shall find. Perhaps, but what about the stuff you’re not seeking, that you brush to one side? What if it’s what you need?

All states of minds are contingent. Clarity’s no exception, and craving returned cyclically. It appeared mostly as a sense of seeking, though for what I couldn’t exactly say. It wasn’t fully conscious. The more I watched though, the less it possessed me.

These were insights and I knew it, but something was still missing. I’d pursued freedom from material life, from the bonds of family and social constraints. Now I saw how the pursuit itself could be a reflex. My version of the noble quest had in some ways bound me. People provoked feelings, and feelings were complicated. My preference for quiet, systematic mindful practice was conveniently heroic, but also an escape. Speaking of his own teachings the Buddha said about ‘worthless men’ that, “Their wrong grasp of those Dhammas will lead to their long-term harm & suffering.”(2)

For decades I denied I was human, built to connect. To some it’s self-evident, but others are shy and introverted. For them, society is painful. I was like that. At great cost I found solitude. Imagine my shock when, settling down to savor it at last in a mountain retreat, I experienced a deep and ancient loneliness.

Which fear was I to face — seclusion or society?

I’m not a religious man. I don’t believe in grace, and yet I have no other word to describe my change of heart. I’d been in a vicious circle, craving the love I denied myself. That day I woke up to love, not just as something to feel but something to do. Henceforth, I would no longer wait to be let in. I would open doors.

From this vantage point I saw my friends in a new light. I stepped back from them. In my efforts to be eclectic, I’d become indiscriminate. Now I learned anew to discern right from wrong, good from bad. Back to basics.

I listened to others, watched myself listening and felt connected. I saw that empathy and compassion were not about pity and sorrow. Seeing unsentimentally from others’ point of view taught me to commiserate, and that touching someone with understanding is a happy thing, no matter the pain.

Romance is a bonus, not the point. Opening the door to what I’d long avoided was just the first step. It was followed by a return to teaching, to caring for those I taught and even caring for business clients. I shared myself, and it gave me courage. I grew vulnerable, raw, ready to fail. My cravings to be alone came into focus. I had used them to rationalize timidity and the false perfection of taking no risks.

I found mindful practice in life’s mundanity. For the first time I accepted the limitations I’d always had. I did what everyone does. I was no longer spiritually special. To work a job, pay a mortgage and raise a child is to extend your boundaries, to face things you’d never choose, to willingly accept imbalance in your life. After knowing mindfulness, it’s irrational.

Active love tests mindfulness and extends it. To include others is to relinquish control, to forego the rhythmic pleasures of the breath and the acute taste of silence. It is forged in chaos. It is profoundly imperfect. The failures of love are abject.

When I raise my voice unfairly I am stricken by guilt, rightly, and then I move on. One step at a time: the cliché that encapsulates everything. The destination that’s never reached. Mindfulness brings insight. Love brings heart. The two bring balance.

Has mindful reflection brought me magical powers, victory over life and death, an end to suffering? No, something more real. It’s shown me what to let go of and what to reach out for. By accepting my human limitations I’ve inherited my human blessings. It’s taught me that I can rediscover my mind every day, that it’s a faulty, discerning, immeasurable gift. Is enlightenment next? I don’t trifle with impossible questions. Mindfulness is a tool. I’m still learning to adapt, to count every moment, to let go of everything and to never give up. Where we’re headed we’ll never know, but by knowing where we are, we leave ourselves open to wonder.

23 thoughts on “Letting Go of Mindfulness”