I love Buddhism for what it has to say about habitual thinking and our yearning for security, about perceptions that narrow our experience of life. I see it not as a religion or a philosophy, but a process. It’s about mindfulness, but also about critical thinking, questioning our attitudes towards our most cherished beliefs, like Buddhism itself. To consider it beyond reproach is to undermine its essential message. It’s not something in itself but something to make our own. It evolves in us through constant reflection. When not taken for granted, Buddhism makes us more adaptable, less bound by language and habit. Wasn’t that the Buddha’s point? My goal is not to attack formal Buddhism but to confront it with common sense and to recall the Buddha’s own dissenting spirit. 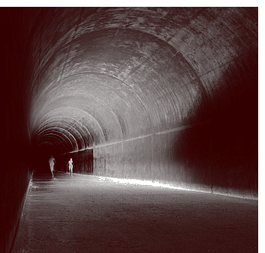 Some people follow the Buddha religiously and others are pragmatic, but all serious Buddhists should remember that everything’s contingent — including his teachings. Why did he go to so much trouble to explain that? Because we behave as if exactly the reverse were true.

We just don’t get reality.

So what is reality — the real one, that is? Is it this changing, insufferable, contingent life, or is it permanent, blissful, unconditioned escape? The Buddha is said to have mastered the art of trance and found it wanting. He overcame his fear of death by facing it, not by transcending it. I don’t think he was an escape artist.

However, others clearly do. They hate to admit he was mortal, and would never dream of saying he actually ‘died.’ They use epithets instead. I don’t trust people like that. They give Buddhism a bad name.

I was once a Buddhist snob, thinking
I had a handle on the ineffable

Buddhists are just people like the rest of us, but they don’t always feel that way. Converts especially take pride in their new identity. They see themselves as more daring than God-fearing folk, more high-minded than the blind-faithful and more kind-hearted than atheists. I was once a Buddhist snob, thinking I had a handle on the ineffable. I wasn’t alone, either. Of course, there are discriminating minds in Buddhism too: subtle people with integrity. As in every other walk of life, they’re a minority.

Buddhism has its own idiom. It redefines everyday words like ‘suffering,’ ‘craving’ and ‘love’ into insider terminology with precise new meanings that intersect like a Chinese puzzle. This wordcraft lends itself to sleight of hand, casting an illusion of perspicacity and mastery. But take Buddhist magicians out of their staged surroundings and they have more difficulty than the rest of us dealing with everyday turmoil. The hardest thing I ever had to learn was to live in the muddle of family life. Drifting mindfully around the house like a wraith is no way to develop empathy.

Simplicity lies at the heart of life itself, not just Buddhism. No one has a monopoly on insight, even if they’ve copyrighted their words for it. It takes rare presence of mind to not confuse words with things, to not mistake ideas for the things they point to.

Buddhism just happens to be a great fit at this point in modernity. It resonates with the existential void and spiritual longings of exhausted consumers. It’s daring; it’s cool; it’s pragmatic. It provides a beguiling narrative and self-satisfying self-image — precisely the things the Buddha would have you let go of. If enlightenment is transcendent, a portal into a blissful new reality, then what’s so important about the here-and-now?

I thought Buddhism was different from other religions because it didn’t flinch, but it turns out that that was just my projection. It was I who wanted that grit. It can just as easily be a faith-and-prayer security blanket. Nichiren groups get together to chant for jobs, money and success. Whoever you are, there’s a version of Buddhism out there for you.

Buddhism is a revealing way of looking at things, but
the same things are known to non-Buddhists too

Here’s the thing: before you can become a Buddha, you have to let go of Buddhism, especially if your idea of enlightenment is permanent, blissful and perfect. You may know that all compounded things are transitory (not permanent), stressful (not blissful) and contingent (not perfect), but don’t be a sophist and rationalize that enlightenment is non-compounded or that enlightened behavior is unconditioned. Escape is escape, and that’s the old way, not the new way. It’s samsara, not nirvana. And forget about Nagarjuna’s samsara equals nirvana; that’s not what he meant. Buddhism uses ideas, but it’s about behavior. Beware of idle scholarship. It’ll prove anything you want it to if you don’t watch your motives.

This doesn’t mean it holds no meaning, or that everything’s relative. Buddhism’s philosophical machinery is sublime: capable of heavy, precise lifting. It’s also enchanting, sometimes quite beside the point. We need to think, but also to be still. There’s a time and a place for everything, as my mother used to say. She didn’t need Buddhism to figure that out. Buddhism is a revealing way of looking at things, but the same things are known to non-Buddhists too. We’re in the same boat.

Buddhism’s take on things is particularly accessible to us today, but in itself it’s neither good nor bad. It’s we who mess things up, who inject life with imaginary order and systems of thought with absolute meaning.

We’re born, dealt a hand and compelled to play the game. Periodically we wonder, “What’s the point?” If there is one it’s to let go of what binds us. What remains is not-stress. That’s all.

But, you reiterate, what is the point?

That question just takes you all the way back to square one. You don’t need to go there. Really. Reason is a great tool, but it’ll never make life reasonable. Our brief span is what it is. Get on with it. What concerned the Buddha (assuming he actually existed) was that we live without illusions. There’s nowhere to go but here. There’s no escape.

Deep down, we already know it. There lies our Buddha nature.

25 thoughts on “Is Buddhism an Escape?”