“We have a strange anxiety in us; that if we don’t interfere then it won’t happen. Now that’s the root of an enormous amount of trouble.”—Alan Watts 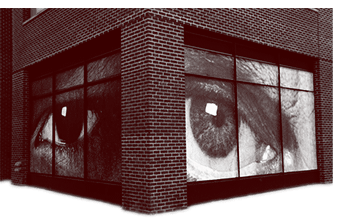 We all need to belong. We also need to be self-reliant. When the two seem irreconcilable we try to think logically, but life’s not logical. You can figure out why you feel lonely but it won’t make you feel better.

What helps is looking at the gap between how you think you should be and how you actually are.

The feeling that you don’t fit in, that you aren’t the way you should be or that you haven’t reached your full potential are just ways of interfering in your own life. Sounds strange I know, but nobody’s got it all figured out, and that’s just the way it is.

Still, it’s hard to accept. We compare ourselves with others, judge ourselves by impossible standards of perfection or try to live up to ideal codes of conduct.

As if life’s not difficult enough.

When we accept that life doesn’t need fixing, new possibilities open up. It’s tricky to gaze into something inconceivable, but whether we’re being charmed by a moonlit summer night or challenged by the demons in our dark places, it puts us in touch with reality in ways that words and ideas just don’t. That’s why Blaise Pascal said that, “miseries come from being unable to sit alone in a quiet room.” It’s why people pray or meditate and why philosophers say that we 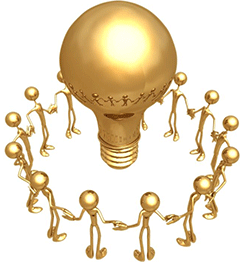 sometimes need “to just be.”

All generations think they’re living in a unique time, but there’s nothing new about the sense that life is outpacing us and that we need to run faster. That’s life as a hamster wheel. It’s so hard to just stop that we need people of like mind to do it with. It’s easier to pray or meditate in groups, but it’s no guarantee you’re actually learning to let go. Often, the group becomes yet another source of busyness.

To make occasional silence a regular habit, we have to look into our evasions. There’s no sense as to why we keep trying to go with the ups and avoid the downs; we know it doesn’t work. The thing is to gaze into those habits without judgements and rationalizations, and uncover their roots. Those who refuse to confront insoluble mysteries because, “there’s no point,” are missing the point of self-knowledge.

Another form of evasion is holding on to beliefs like a life-raft. The purpose of life is to swim, not to cling. Preachers and gurus who deliver convenient answers are doing you no favours.

You can breathe with others even if they don’t see as you see. That doesn’t mean trying to like them, for true friendship is yet another mystery. Loneliness and isolation come from the thought that everyone else belongs and you don’t. Look into their eyes and you’ll see they’re just as afraid as you and me. Then you’ll belong.

And then you’ll find the courage to be.

12 thoughts on “Fixing Up Life”