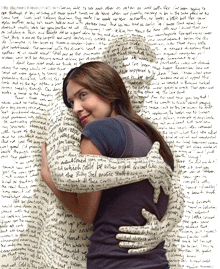 Buddhist studies are impeccably laid out. Once upon a time the lists of truths, maps of the path and descriptions of insight dangled like diamond-encrusted carrots before my donkey-mind. No matter how I reached for them however, they eluded my grasp. As I mastered them I was able to define the problem with increasing precision, but this theoretical fluency was as much a distraction as an aid.

Despite my increased understanding of what to do, my inability to do it remained stubborn. My thoughts, as usual, ran amok. Long, silent retreats helped, but only temporarily; mental chaos soon resumed.

For example, when commenting on a Buddhist blog favored by abstract theoreticians, I once used the obscure Buddhist term, ‘end to views,’ and was ridiculed for suggesting that one could or should stop thinking. While some people interpret the phrase in this simplistic way, I don’t. I trusted these deep thinkers to give me some leeway, but no such luck. My interlocutor hung on to his preconceived conclusion and worried it like a dog with a bone. Although he claimed to be identifying my error and putting me back on track, in fact no communication whatsoever was taking place.

The shared jargon of specialists can be useful in science and technology, but there’s a subjective side to it too. No matter how professionally they defend their views, some challenges get taken personally. The situation is even more ambiguous when it comes to philosophy and ‘spiritual’ matters. That’s when it’s good to consider, ‘an end to views’ in which the view is just a point of reference. As you move on it becomes less relevant; hanging on to it sends you round in circles. The best ideas are only the best when taken with a grain of salt.

what we know is only our invention

Academics are famously long-winded communicators. Some rise above it, but big words and convoluted sentences are the norm. I remember myself as a freshman in just a few minutes constructing a page-long sentence of multiple sub-clauses, each one bursting with polysyllabic Latinates. I thought, for a while, that I was clever.

Several million words later, I’ve learned that rendering all that raw verbiage into a clear breath of meaning is hard work. It takes not just respect for the reader but empathy. Unless you consider what the listener’s actually getting from it, there’s no point in speaking; even if it makes sense to you, it’s just adding misinformation to the world. That’s why scholasticism turns more people off than on.

Some Buddhists are perturbed by the license I take with sacred terminology. I talk about gurus, dharma communities and scriptures as if they’re everyday things. I play with Buddhist concepts as if they’re matters of interpretation. Well, you can’t please everyone. I’m not a technician; I’m an explorer. Language, like meditation, is chaotic — and yet with persistence we draw meaning from it.

I once thought that Buddhist terminology was sacred, but what concerns me today is only where it leads. To viscerally distrust words and meaning is to expose yourself to the destabilizing reality that what we know is only our invention. There is no ‘out there,’ for you are unavoidably ‘in here’ with everything else. You can’t excise yourself and point to any immutable truth. You can’t even claim that impermanence is permanently true; apart from the irony, how will anything be impermanent when time ceases?

When I treat the sacrosanct terms of Buddhism as ordinary, I’m accused of disrespecting them. In fact, I can’t conceive of any greater respect. If you are practicing and not just theorizing Buddhism, then your understanding of it will morph. One day, you’ll discard it like a boat on the shore, as the Buddha himself predicted:

As for my failed meditations, they were indeed abject failures. In the end that’s what broke the donkey’s back. However, it wasn’t a wasted experience; it revealed my grasping clearly enough that I could start letting go.

That is not theory, but the act of awakening.