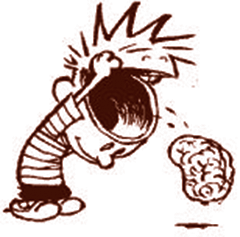 “I was in a state of heightened slow motion, sensible to every movement of my body and to the roar of every in-breath and out-breath. I approached the bus stop, acutely alive to the universe of my own body and mind. The sounds of the jungle, wind in the high palms and the crunching of the dust beneath my feet overwhelmed my senses. In this moment of excruciating clarity, I stood outside the monastery gates awaiting the Colombo bus. From the bowels of the earth I felt a vibration that grew into a diesel roar and the screeching halt of the great vehicle in a cloud of dust. I placed one foot on the lower step, transferred my weight, slowly lifted the second and grasped the handrail. With a good-humored sigh, the driver let me climb aboard before pulling away as fast as the ancient motor would allow. I lurched from side to side, trying to follow the movement of my center of gravity, until a sudden swerve threw me conveniently into an empty seat. In the moment before I dropped my head in contemplation I noticed that everybody on the bus was talking, twitching, scratching and getting on and off at extraordinary speed. The passing countryside was a blur.” [The Novice, page 294]

What does it mean to be spiritual?

Thus began my withdrawal from a two-month retreat in Sri Lanka in 1979. It just goes to show that you don’t need drugs to lose touch with the world around you. The simple intention to transcend mundane realities will do the trick.

Unthinking people seek the spirit through disconnection; the thoughtful try to reunite them. Both are preoccupied by the myth of a divided self. Our species seems torn between the spiritual and the material as if they were separate realities, not two sides of one nature.

That doesn’t mean the distinction is meaningless. It’s not good to be too materialistic, and we all like to be in good spirits … but what does it mean to be spiritual?

Today’s cool interpretation is ‘being in the moment.’ This conveniently avoids awkward belief systems and monolithic institutions, enabling modern souls to live spiritually without cultural baggage. When incorporated into a life of ethics, insight and empathy, mindfulness reunites body and mind in ways we can experience immediately. It’s no wonder that in recent years mindfulness has turned from hippy weirdness into a business opportunity.

It suits people who don’t consider themselves spiritual, but it also attracts those who do. In an earlier post I spoke about, “…drifting mindfully around the house like a wraith.” Some people — and I was one — grow unnaturally attached to the heightened awareness of mindfulness. Perhaps that’s ‘spirituality.’

Because of its religious roots, or maybe in reaction to savvy marketing, mindfulness is indiscriminately seen as a a good thing, but it’s not that simple.

A recent brain plasticity study at Georgetown University found that too much attention inhibits implicit learning, which is how we learn without paying particular attention. It’s pretty important. If you had to focus consciously on everything you picked up in life, you wouldn’t get very far. The brain has its own way of acquiring and storing essential information with the least possible effort.

For example, whether or not you formally study grammar, you pick up the rules of your language, more or less; you understand how to use the word ‘I.’ In similar ways we figure out how to ride a bike and use a mouse, when to use sarcasm and when to be sympathetic. Implicit learning has something in common with automaticity, where we learn consciously but at a certain point don’t think about it any more — like handwriting and operating a car. It frees up our attention to focus on what we’re writing or where we’re going.

In other words, we refine our knowledge by taking what we already know for granted. It’s how we get better at things, streamline our work skills and, hopefully, cultivate social graces.

Mindfulness does the opposite; nothing’s taken for granted; everything’s examined — at least in theory. Those who practice it for spiritual reasons tend to judge implicit learning and automaticity as mindless and bad. In fact, they’re mindless and good.

Mindfulness is not an absolute.
It works alongside mindlessness.

This is a real source of confusion for beginning meditators. I’m often asked how to be mindful all the time or, even worse, how to handle the guilt when you can’t. With misconceptions like this, the powerful tool of mindfulness becomes harmful.

So mindfulness takes discrimination. The Buddha, widely credited as its inventor, called it a medicine, and as we all know medicines require caution.

The question that’s too rarely asked is, What’s mindfulness for?

What you do with it is entirely up to you. You might use it to, ‘calm the mind.’ Then, with perseverance, your aim may be to ‘uproot suffering,’ or even to ‘overcome delusion.’ I find it helps separate my emotional motivators from self-serving rationalizations, and ultimately to see mental projections for what they are. For example, I rationalized that my Sri Lankan retreat made me a spiritual person, but what really motivated me was being free of everyday realities. Rather than acknowledging my self-centredness, I projected myself as heroic. It took a while, but I eventually saw through it.

Seeing our motives with immediacy brings a sort of clarity that mere theory and doctrine never will. For this, mindfulness is the tool of choice. However, spontaneity, creativity and flow emerge from the mindlessness of implicit learning and automaticity. Also, in order to be mindful of some things, we have to relinquish our attention to others, and just let them happen.

Mindfulness is not an absolute. It works alongside mindlessness. If you’re stuck on being in the moment just for the peace of it, you’re missing the point.

So take a deep breath and learn to let your mind go. It’s not just okay to be mindless; it’s important.

6 thoughts on “The Importance of Being Mindless”