I don’t know what to do with my disappointment. It took me years to accept that Buddhism was not just profound scripture but also an infernal institution. Today, mindfulness has been hijacked by The_Corporation, distilled into twenty-first century opium. Where’s a modern-day subversive supposed to lay his head? 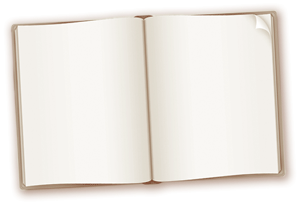 I don’t know what to do with my disappointment. It took me years to accept that Buddhism was not just profound scripture but also an infernal institution. Today, mindfulness has been hijacked by The Corporation, distilled into twenty-first century opium. Where’s a modern-day subversive supposed to lay his head?

Why subversive? Think about it: the Buddha declared everything contingent, unsatisfactory, selfless — and chose homelessness over a life of power and influence. He abandoned his wife and son. He spent the rest of his life begging on the streets. Literally. Even after fulfilling his quest, he stayed away from civilization.

Today, who follows the Buddha into homelessness? Even venerable Asian monks live in nice monasteries. Meanwhile, mindfulness is settling very comfortably into the Googleplex and elsewhere where, as the BBC says, ‘it’s highly beneficial to both businesses and their employees.’

Funny, I thought the point of mindfulness was to see the futility of gain and fame. Evgeny Morozov’s right when he says that CEOs are on a mission to ‘finally reconcile spirituality and capitalism.’ Have your cake. Eat it too. Lovely.

I thought Morozov made his point rather well, but instead of being attacked by rabid capitalists, it was the Buddhists who got upset. He committed the sin of discussing mindfulness as if it were a new fad, not an ancient spiritual practice. God forbid.

Then there are the activists. Amanda Ream disrupted the Wisdom 2.0 conference while claiming that it presents, ‘evolution in consciousness of the wealthiest among us as the antidote to suffering rather than the redistribution of wealth and power.’ Sounds like communism to me, but that’s okay; the Dalai Lama’s a self-declared communist and he’s always being fêted at the White House, by democrats and republicans. They don’t take him too seriously.

What exactly is going on?

I’d say, same old. The nineteenth century captains of industry weren’t shy about co-opting the message of Jesus Christ. The Protestant Ethic turned out to be the twentieth century’s dominant ethic. We need our myths too, and what with the decline of religion and the ascent of scientism, the great myth of our time seems to be that we’ve finally broken free of myths.

We’re a passionate, crazed species. What other explanation is
there for continued optimism in the face of our deadly insight?

How anyone can fall for that one I have no idea. If we have no more mythic drives, why do we spend our lives chasing dreams of capitalism and communism, Buddhism and atheism? How come Hollywood’s still in business? We’re human beings. Myth is what we do. Ecclesiastes nailed it two and a half millennia ago, “…vanity of vanities! All is vanity.”

Mindfulness is not like that, we’re told. It’s ‘being in the present moment,’ no illusions, no judgment, no mental wandering, no disturbance. Full frontal focus.

The way to sell snake oil is to tell people exactly what they want to hear, and I’m disappointed because I practice mindfulness and I teach it, but Morozov’s right: it’s become a fad. Real-world mindfulness reveals that mental stillness, total concentration and stress-free living are fantasies of desperate longing. Mindfulness may involve acceptance of what we can’t change, but it also impels us to engage with what we can. It clarifies our minds, but reveals our demons.

I don’t so much believe that mindfulness should be subversive, revolutionary or seditious. It’s more something I feel. The Middle Way is no wishy-washy compromise; it’s a dangerous tight-rope walk over the abyss of what Giacomo Leopardi calls ‘the emptiness of all things.’ We’re all going to die — remember? All that keeps us on our feet is the irrepressible delight we’re biologically programmed to take in our illusions.

To take those illusions as real dooms us, but without them we’re doomed too. Philosophers have found no satisfactory answer to the question of life’s purpose. Observe human behavior though: our intent is clearly to love and be loved. Hell, that’s even why we go to war. We’re a passionate, crazed species. What other explanation is there for continued optimism in the face of our deadly insight?

We’re on the verge of being too clever. Industrialization has gone digital. Efficiency’s measured in megahertz. Anomie is exponential. We live in times of epic change. All we can foresee is faster change. Are we about to outgrow the illusion that change equals progress, or will it soon be so taken for granted that we forget to question it? Decadence is just around the corner.

If this leaves you at a complete loss, go read Ecclesiastes. It’s only eight pages in my 1870 Spottiswood edition. Don’t be shy: they’re idiots who say you have to believe in a personal creator God to read the bible. This is a creation of the sublime human mind. It reaches through the ages. It grips you like a lover.

Buddhism has lost control of the term ‘mindfulness’

You’ll just have to do with mindfulness what you can. Buddhism has lost control of the term. It drifts through the idiom like a lost balloon, as misunderstood now as Karma™ and Samsara™. Some people will use it to calm down, perhaps even delay heart-attacks. Good for them. Soldiers will use it to steady their aim and be better snipers. It seems perverse, but how did snipers ever become good at what they do, whether or not there was a name for it?

Some of us will still use mindfulness to peer mercilessly into our own delusions. You might say that’s what it’s meant for, but that’s just your opinion. Funny, I used to feel like a deviant when I first came to Buddhism. I feel that way again, now as I distance myself from it.

Most people have no time for this nonsense. They want to get on with their lives. They’ll vigorously deny that living life to the full means questioning everything. Just as everything didn’t change with the arrival of Buddhism, everything’s not lost with its corruption. Life will go on, chaotic as ever, and just as we’ve done since we climbed down from the trees, we’ll continue to believe we’re on the verge of greatness.

19 thoughts on “Mindful, or Mind Empty?”