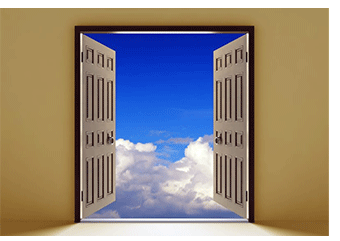 It’s not unusual to hear that Buddhism “isn’t a religion.” Secular Buddhists can be shy of its spiritual connotations, and it’s interesting to extract those elements of Buddhism that make of it a ‘philosophy,’ a ‘science’ or a ‘practice.’ It also reminds us that no one will ever have the last word, though some people certainly make more sense than others.

At the same time, around the world millions of people kneel in temples and pray to the Buddha for what they need, or to fix what ails them. Buddhism can be a religion as well, where followers look to leaders for support and consolation.

In extreme cases Tibetan saints like Milarepa hole up in caves to dine on nettle soup and melted snow. Then there are those who commit themselves to the rigors of study and debate, while others pour scorn on the rational approach and teach no-mind.  Buddhism’s pretty much what you want it to be — like all religions.

The important thing is to not confuse Buddhism with dharma. The former consists of the various traditions of scripture, customs and culture that emerged since the Buddha died. There is no definitive Buddhism; there are only versions of it. All are interpretations and, like people, some make more sense than others.

On the other hand, dharma is a pursuit. In one sense we who pursue are on a common path; in another sense, it’s only really a path when trampled by our personal footprint. Buddhism is at its weakest when it’s generic. Being safe about it, deferring to authority, following the rules and holding the doctrines without testing them won’t get you anywhere.

If you’re after peace of mind you can certainly find it in Buddhism. Some say fair enough, but it doesn’t seem fair to me. Those who securely refer to Buddhism as The Dharma are trying to hijack reality. There’s no call whatsoever to capitalize the word or prefix it with the definite article. It’s just dharma; sanctifying it is heresy in reverse.

Dharma is not an Asian trip. Nor is it modern, scientific or secular. It takes no particular adjective. It’s just the way things are: sometimes nasty and brutish, at other times bright and cheerful. In particular, pursuing dharma is coming to terms with what we are: contingent social animals with an insecure heart and a huge intellect. It’s a treacherous combination.

It makes dharma hard to appreciate, and yet that combination gives us infinitely more choice than other animals — ways to change our perception. To do that though, you must be willing to move out of your comfort zone. Buddhism is safe; dharma is unsettling.

Those of us who’ve pursued Buddhism have fallen for something: the stories, the philosophy, the short-term relief. It draws us in, and then we either snuggle up or we embark on a journey. If you put aside personal preferences and explore it sincerely, you’ll see that Buddhism is just the shell. Crack it, and out comes dharma.

Then what? You may put aside Buddhism by denouncing it, or you may stay in the fold with all your credentials and connections. However, they’ll no longer reassure you, and nor will they need to. Perhaps you’ll stick around to make sure the institutions don’t get too smug. People like that are rare and essential.

If there is to be a Buddhism, please let
it be engaged, thoughtful and seditious

Having fallen for it, you can come to your senses. Whether it’s Buddhism or any other account of why we’re here and what to do about it, all creeds, philosophies and systems are just loads of ideas, carefully wrought into dependable structures that belie the way things are; and yet, their contradictions sometimes help us find our own balance.

For all their relativity, ideas are far from worthless. We thrive on ideas. If there is to be a Buddhism, please let it be engaged, thoughtful and seditious.

Still, dharma is not an idea. It can’t be explained because explanations are ideas, abstract and volatile. They writhe with context and purpose and can never quite be pinned down. That’s why philosophers end up in knots. Ideas, like everything else, eventually prove unsatisfactory.

That’s dharma: the way things are. Take beliefs and systems with a grain of salt and they can be useful, but see them as a sacred trust to be defended and you’ll be disappointed. More importantly, you’ll miss the point.

Fortunately, disappointment’s a powerful motivator — if you let it in. It may be the only way to see the way things are because, lord knows, we love our illusions. That’s why the Buddha’s first suggestion is to look at dissatisfaction instead of turning away.

Life gives up its best rewards when we pursue it as an adventure, a matter of the heart. If you fall for that — if you can go with the way things are and not the way you want — you’ve gone beyond Buddhism. Out there is a big, wide world, free and in flux, effortlessly and endlessly revealing dharma.

13 thoughts on “Falling for Buddhism”