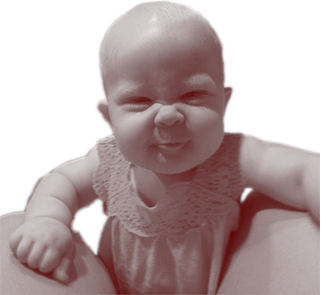 So joked Mum as I walked into her retirement apartment for the first time in over a year. Osteoporosis had led to spinal compression fractures and, sure enough, she’d lost a few inches. In high heels she’d stood almost eye-to-eye with me all my adult life. Now I had to bend to hug her.

Delighted to see me, she busied herself preparing tea. Her energy was familiar but her pace had slowed; she moved cautiously. She’d shrunk in many ways. We all know that we grow old. It happens to everyone. Still, seeing Mum like that brought home to me with jarring force that I too was aging.

After years of joint surgery and finally Alzheimer’s disease, we buried Mum with Dad in their chosen plot in the Cotswold Hills. Afterwards, my siblings and I raised a gin and tonic to mum’s life and my older sister said, “Ah well, our turn next.” We all laughed, because that’s what Mum would have done.

old fartism is not inevitable, but the
sooner we work against it the better

We laughed instead of crying, because we chose to, and because she had shown us that choice by example. She never turned sour. She wasn’t just lucky to have that attitude; she’d spent a lifetime working on it. We talk about “old farts” as if age makes them that way, but old farts start young, and that’s when, if we’re ever going to, we can avoid that fate.

Few people let go of their habitual way of thinking. It’s never convenient. Try writing with the wrong hand and you’ll see for yourself. You can decide to do it and you can trust that you’ll get better at it, but to actually make a new habit of it takes special resolve. It goes against the grain, and the longer you’ve been around, the deeper the grain.

Mum had plenty to complain about, but she didn’t like to. She used laughter to go against the instinctive grain. Little did I suspect when I first signed up as a Tibetan monk that all those esoteric teachings boiled down to changing instinctive habits. I’d already been primed, and perhaps that’s what had drawn me all along to the inner life.

I realized in time that I had to get back to my own roots. When I finally turned, there waiting for me was Mum’s example; it was ingrained. That didn’t make change easy or automatic, but knowing its worth gave me the perseverance I needed.

There’s a lot of good in aging: clarity, wisdom and an amazing appreciation for love, but we’ve also got to accept things we don’t want to. That puts us in danger of what Wiktionary calls old fartism. It’s not inevitable, but the sooner we work against it the better. When your joints ache and your bones crumble you’ll be sorely tempted to moan and complain, and once you start you may not stop.

Mindful Reflection™ is a strategic response to our habitual tendencies, among other things a way to not age complacently and complainingly. It won’t stop you getting older but it will counteract old fartism. My hope is that when one day my own vertebrae collapse and I start to shrink, I’ll muster a laugh, set an example to my daughters and keep up my zest for life.

3 thoughts on “How Not To Be An Old Fart”