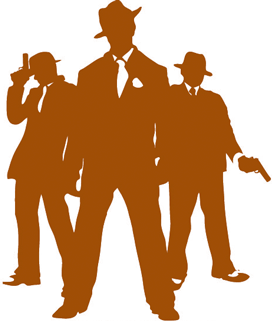 People new to Buddhism want to make good karma and be happy. They haven’t yet caught on that chasing happiness is same old, and that the way of the Buddha is more subversive than that. Only when you get that does your path begin to crystallize. Sadly, not everybody gets it.

This week I visited one of the better Buddhist websites: fakebuddhaquotes.com. The host is a New Hampshireman called Bodhipaksa. He checks the veracity of online Buddha quotes, and finds many are not by the Buddha at all. He’s good. What might be a sanctimonious rant in less capable hands turns out to be a subtle exercise in reflective/critical thinking.

As an example, try an Internet search for the saying, ‘There is nothing more dreadful than the habit of doubt.’ Google delivers nearly a million hits citing the Buddha. In fact, it was coined in 1934 by Dwight Goddard. The Buddha considered chronic indecision a problem, but he also cast doubt on what we believe and how we rationalize. This righteous quote implies that out there somewhere is The Truth, just waiting to be nailed down by the magnificent human intellect. It resonates with neither the Buddha’s teaching nor his style.

Here’s something the Buddha did say: “Do not be satisfied with hearsay or tradition.” He disparaged Brahmin spirituality and suggested instead, “know in yourselves.”*

Today we have a new spiritual hierarchy, not a priestly elite but an Internet mob. At first glance they seem unbound by tradition, quite contrary to the staid Brahmins, but it turns out they’re alike in one fundamental: both are hanging on to something, whereas the Buddha let go.

Do-gooders and seekers of happiness are easily provoked. Bodhipaksa was primly accused this month of being a ‘Buddhist Canon Nazi.’ He strikes me as a mild-mannered, intelligent interpreter of early Buddhism, and a good influence. As you read his posts you find yourself stepping out of the box and thinking for yourself. What could be more Buddhist?

I too get comments from self-satisfied pillars of the community suggesting I should be less critical, more kind-hearted. You know the type.

This one accused Bodhipaksa of, ‘promoting such discord, by judging translations and people’s preferences.’ That’s a good one. A popular battle cry of do-gooders is that judgment is bad. Seekers of happiness believe that kindness means enabling everybody at every turn, no filters required. Their maxim is: ‘It’s all good.’ And yet they lash out like the rest of us.

It’s not all good. We’re constantly bombarded by unwelcome reality. The mob handles this with false positive thinking. Call it good and it will be so, the same way they make up Buddha quotes.

A mobster this week appeared on my page Why Celibacy is Perverse. It’s a provocative post. In his comment, Patrick Tomei compared intercourse with defecation, and said, “sexuality is for the weak-minded, and lower organisms.” He kindly added, “I’m sorry, you did not have the will to overcome this condition.” He probably thinks he’s compassionate, not nauseating.

Unfortunately, there’s a point of no return when you invest your whole self in a structure of belief. You end up inquisitorial, stuck on a high bench and surrounded by security. You’re in charge of something—sort of; but there’s no escape.

What is good? How to be kind? When to be positive and when to face facts? If your answers to these questions are beyond doubt, you’re in trouble. Honest answers emerge from honest living, and that’s a process. Each thread changes endlessly, and you have to match it. It takes skill.

Without those skills you’re defenseless against the chaos of life. The mob adapts to unreliability by being indiscriminate about everyone and everything. They discriminate anyway. They can’t help it. We all do. However, we’re not all two-faced about it.

5 thoughts on “The Buddhist Mob”