Awakening is not a solution; it’s a skill.

Whether you’ve joined an ancient Asian tradition or are trailblazing the new mindfulness movement, there is always a danger that your practice may reinforce an illusory place of security and happiness. 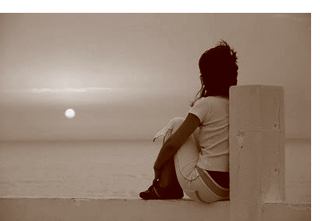 The mindfulness that’s popular today originated in Buddhism. Many would say it’s Buddhism with the religion taken out, but it’s not that simple. Removing the religion and leaving the secular is like trying to excise the nervous system from an animal while leaving all other tissue intact.

Buddhist myths are not mere superstitions, they are metaphors and methods. Mara may seem to be a supernatural demon, but if you take him as the sensual side of the Buddha’s own nature you may find their conversations mirror the conversations in your own head. Contemplating those conversations, I better understand myself.

Nothing could be less Buddhist than to swallow Buddhism whole, but it seems so presumptuous to interpret it your own way—not to mention intimidating. Surely you’d have to be an expert on Buddhism.

The promise of happiness is Buddhist marketing

Not according to the Buddha. He did not subject his audience to any course of study. Centuries of Buddhist philosophy notwithstanding, here’s what he said:

“I will teach you everything. And what is everything? The eye and forms, the ear and sounds, the nose and smells, the tongue and tastes, the body and tactile sensations, the mind and its contents. That is everything.” [S. 35:23, also cf. 35:92]

This is an admonition to ground your practice in the sensorium, not in beliefs or philosophies. This empirical approach is mindfulness, so palatable to modern ears. Notwithstanding this suggestion however, it’s hard to keep one’s attention within the sensorium. We instinctively fall back from the difficult act of beholding life to the far more comfortable act of theorizing and explaining it. This is how Buddhism has grown into a vast canvas of beliefs and rationalizations.

In today’s terms, it explains why the mindfulness movement, just like its parent Buddhism, is under pressure to turn a simple experiment into the goal-oriented pursuit of stress-reduction.

At this point I’m compelled to defend religious Buddhism. While religious institutions are public and political, the religious mentality is personal. It’s how we confront our finitude and our bafflement. The impossible question is, ‘What’s the point?’

I used to meditate to calm the mind, but in time I came to see the promise of happiness as Buddhist marketing, a sort of pedagogical sleight-of-hand.

Awakening is not a solution; it’s a skill

Rather than dwelling in the experience of being alive, conscious and awed, the pursuit of happiness is more about consumerism. The Slovenian Marxist philosopher Slavoj Žižek hit a nerve when he said that Buddhism is becoming the “opium of the bourgeoisie.” He’s right in many ways, though it’s not what the Buddha taught:

“This dharma I have reached is deep, hard to see, difficult to awaken to, quiet and excellent, not confined by thought, subtle, sensed by the wise … it is hard for people who love, delight and revel in their place (ālaya) to see this ground (ṭhāna): the stilling of inclinations, the relinquishing of bases, the fading away of reactivity, desirelessness, ceasing, nirvana.” [M. 26]

Utterly open mindfulness changes your attitude towards happiness, suffering and the point of life. It’s not a faith-based or rational viewpoint, but an untethered attitude. Rather than pursuing a secure place it reveals a shifting, elusive ground. Through repeated exploration of that ground one gains balance. Awakening is not a solution; it’s a skill.

It seems at first inconceivable to cultivate a practice without goals, but simply being open to that possibility begins to reveal the everyday sublime.