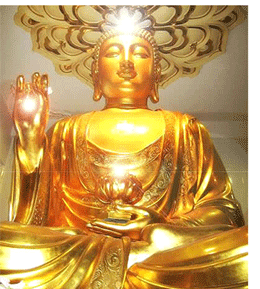 As religious founders go, the Buddha was different. He prayed to no one. Rather than promising bliss in the next life he embraced every breath in this one. He showed no interest in transcendence, only in what was “immediate, visible here and now.”[1] His practice was grounded in experience. His path lay in comprehending dukkha.

When I was a Buddhist I was different too, but it wasn’t quite the same. As I settled into the subtleties of Buddhist philosophy and the rigors of meditation, I became increasingly convinced that ordinary people would never get it. The role of monk, scholar and initiate set me apart. What I’d forgotten—and remembered again only when I left—was that although life is utterly mysterious, it’s not that complicated. We all know pleasure and joy, pain and suffering. They’re what keep us going and make us quit.

Buddhism often gets in the way of following the Buddha

Surely everyone gets that. Well, not everyone. Safe behind the high portals of Madhyamaka philosophy and the Bodhisattva ethic, I had forgotten it. I frittered my life away in dreams of a reality apart, a Nirvana that was anything but “immediate, visible here and now.” My Buddhism became just another religion, reassuring me that a better place awaited.

Even worse, Tibetan lamas taught me that Nirvana and Enlightenment were elevated states, available only to extraordinary people. None of those lamas ever claimed to be enlightened, but one politely assumed they were; they reciprocated by politely denying it. But why would anyone committed to awakening for the sake of others keep their accomplishment secret? It makes no sense. How can you not wonder whether any of them were awakened?

The Buddha said, “I have taught the dharma without making any distinction between ‘inner’ and ‘outer’ teachings. I have no ‘teacher’s fist’ in regard to doctrines.” He did not hold anything back for a select group of initiates. He had no interest in establishing a lineage.

So when the devout behavior and formulaic language got me down, I decided to be my own refuge. It was hard to go without the security of having my questions answered for me. As for taking only the dharma as my refuge, that meant self-reliance, not hanging on to beliefs but negotiating life without them. It’s a practice.

If you’re thinking of investing yourself in a Buddhist community—and I’m not necessarily against it—be warned: Buddhism often gets in the way of following the Buddha.

The Buddha’s task is simple: to ‘comprehend dukkha;’ but it’s not easy. Even the most committed Buddhists shy away from unpleasantness; that natural reactivity is the target of dharma practice. The easy way out of this existential dilemma is to turn it into a logical problem: to make ‘comprehending dukkha‘ a theory about how you should behave and what you should know. It may be done with great subtlety. It may be intellectually seductive. However, these versions of Buddhism are infused with notions of transcendence—code for ‘escape.’ They’re precisely what the Buddha rejected, which is what set him apart. The dharma is something you do, not something you think.

To present nirvana as some metaphysical peak that can only be climbed by those with special knowledge is to turn it into just another religion. The Buddha described his awakening as a rediscovery of something forgotten. He pointed to it as “immediate, visible here and now.”

That includes the banal and the tragic as much as the extraordinary and the glorious. To comprehend it all means to accept it. To accept it is to dissolve resistance, to let go of reactivity. It’s no small thing.