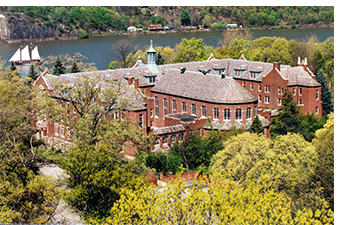 Last week, at the Garrison Institute in upstate New York, on the banks of the Hudson River, I was reunited with an old friend. It was very good to see him, and also a poignant reminder of the passage of time.

Forty years have passed since we met in the rural hamlet of Schwendi in Switzerland. A handful of houses lay at the end of the road, which gave onto a small farm and a dense forest. Before one doorway, a group of shaven-headed, red-robed Westerners half-heartedly imitated Tibetan monks at debate, clapping hands and reciting definitions. My approach interrupted their exercise, and a bored-looking Stephen Batchelor jumped to his feet with obvious relief.

The mandate of that tiny community was to produce a cadre of teachers for Tibetan Buddhism’s spread to the West. I was joining them.

The cultural transition we grandiosely prepared for ended up being more nuanced and ambiguous than any of us expected. As I was to learn over the next few years, debate was hardly the right word for the Tibetan practice of mtshan nyid (definitions). It was a powerful learning tool and could certainly be disputatious, but it was quite the reverse of the free thinking that plunged our forefathers into the paroxysms of the Enlightenment. We were after a different sort of Enlightenment, and our attempt to replicate the medieval Asian mindset triggered a whole new set of paroxysms. Some of us acknowledged the fact. Others hung on to their timorous certainties, the prime one being the sacred status of all things Tibetan.

Stephen became one of the only people with whom I could freely express my doubts. On long walks through the Schwendi forest, and later on perambulations around Mont Pèlerin, we came to the same tacit conclusion: much of what we were being encouraged to do there was a waste of time.

Buddhism is embodied in books, rituals and institutions, whereas dharma grows in the heart.

This was blasphemy. We spoke cautiously of it to others, if at all. It was undermining my reasons for being there so, to be absolutely sure, I moved into the den of the lion: Sera Monastic University in South India. I’ve always had a reckless streak, and this time I truly lost my footing. My suspicions were confirmed and my desolation was complete. Just like other monks and nuns, just like scientists and politicians, Tibetan monastics may be driven by good intentions, but also by ambition, passion, rivalry and intrigue. They’re just human beings. I went to Sri Lanka and found the same thing, though I had fewer expectations, and so was less disappointed.

But I couldn’t let it go. It was catastrophic for my monk’s vocation, and I had to move on. That was thirty years ago.

Shunning organized Buddhism was a disastrous career move, but my integrity was at stake and I saw no alternative. I had to find a language, a voice and a vantage of my own, outside of any Asian tradition.

Buddhism is embodied in books, rituals and institutions, whereas dharma grows in the heart. My mission was to see through Buddhism. Could I really divorce the two or was I tilting at windmills? I knew what I’d learned, now I had to see what it was worth. If I could capture the imagination of a non-Buddhist audience, I’d be on track. The question was, how to express it?

Early Buddhist teachings helped. They were less structured and more colloquial than the later Tibetan scriptures. I read beyond that, though. Evolutionary psychology, biology and history turned out to be useful. Scientific studies of Buddhist brains, not so much. How do you measure meditation anyway? What I needed was to examine what the Buddha talked about without resorting to the stilted language of arcane Buddhism.

Some of my peers escaped into university, but that wasn’t for me. Academia makes perfectly intelligent people write very badly.

I went through a long spiritual vagabondage, and realized what I was seeking only when I found it: someone of like mind. Her name was Caroline and she was no Buddhist, but she understood dharma and she understood me. Validation is everything. Within months I was teaching, and my memoir was taking shape. We’ve been partners ever since.

In 2011 I eerily received an invitation to the Buddhist Teachers Council at the Garrison Institute. I have no idea how I appeared on their radar, but I went. My peers were welcoming, but I still didn’t fit in. It’s weird. I totally relate to what the Buddha taught, but can’t relate at all to traditional Buddhists.

It’s not what you believe that counts; it’s what you do

On the other hand, it’s always a pleasure to see Stephen again. He’s like a brother, and although we took very different paths we’re still of very like mind. Still, he somehow managed to dispense with orthodoxy without ever leaving the fold, and eloquently too. For that, I tip my hat to him.

I am no guru. I live a worldly life and am as conflicted about myself as my students are. That’s important. It’s a credential. What matters is not that I’ve reached some level of perfection but that I have an ongoing relationship with my imperfections. My demons aren’t gone. Rather, I’ve befriended them.

I teach by putting what people already know in a new light. It connects me with others and I love it. If life has a purpose, this is it.

My next book is about the Buddha’s eightfold path, and it’ll steer clear of Buddhism. It’s about dharma, not doctrine or philosophy. I’m borrowing freely from a new language devised by Stephen, which he calls “Rebuilding Buddhism from the ground up.” It’s audacious.

Just as he and I gave up Tibetan debate years ago, we also gave up praying to invisible demons and expecting to be free of suffering. Awakening is not a shattering breakthrough; it’s a modest acceptance of any moment in life, preferably every one. Also, it’s not what you believe that counts; it’s what you do. That alone determines your experience of life. You can’t follow in someone else’s footsteps; they’ll never fit.

I guide workshops and one-on-one, by Skype and in person. My old teachers wouldn’t approve of what I teach. They wouldn’t recognize it. Still, this is my respectful homage to them—for by hook or by crook I learned, and I thank them. 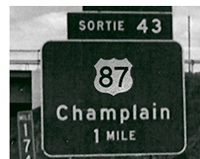 All of this swirls in my mind as I drive home from Garrison, north on Highway 87, where three lanes give way to two, and the traffic thins towards frozen Canada. I’ve lived here half my life and yet, just as in the land of my birth, I feel I’m entering a foreign country. That’s sort of how I feel about Buddhism. I’ve heard that this is the predilection of many writers — and I thought writing would help me find my way home….

I’ve learned to let go of who I think I should be, to savor life, to accept the woe and the joy in whatever measure they befall me. The freedom I’m after must be able to encompass them both. Else, what use could it be?

9 thoughts on “Buddhism, or dharma?”