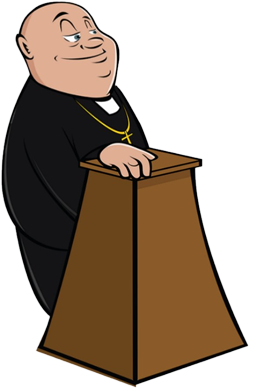 I have always been tolerant of religions. I think good comes out of them as well as bad. Besides, the religious impulse is a part of human psychology and it’s not going anywhere anytime soon. Live and let live, I say.

At least, I used to. My thoughts may be changing. I was at a young cousin’s memorial this month. The family was gathered in small groups, talking and reaching out to one another. A sad and dignified affair it was until a Catholic priest rose from the assembly to perform the requisite rites. He spoke of a loving God and of eternal life, as if we’d somehow forget that we were burying a 28-year old.

I was incensed. “How dare he stand there and spout such nonsense,” I said to a friend. “These people are grieving, for God’s sake.”

The poor girl had it bad. It’s an insult to her memory to suggest that she’d left sorrow behind; that the misery of her life didn’t matter any more. If I were looking down from her heavenly height, I’m pretty sure I’d feel ripped off. I’d want someone speaking up for me.

With automated incantations pouring from his mouth, the dreary little man in black painted his fable in sunny colors; he made preposterous promises; he made little eye-contact with his congregation, lifting his gaze from the missal only to stare into space at the abstractions he believes in. He knows as well as you and I that life’s as fragile as mist, but that takes second place to higher knowledge, which he finds reassuring.

He’s hooked on it, too committed to admit that knowledge is just as fragile as life. It would terrify him, which is why he’s a terrible role model.

Grief is hard, not bad. Anyone who encourages you to escape it at this most crucial time is simply irresponsible. As a matter of public mental health we need to speak honestly and openly with one another, without recourse to childish metaphors, without tolerating denial. The human race has never been more informed, or more exposed to the world. We’re all growing up. If we’re to move intelligently into the future, our religious leaders need to join the rest of us.

10 thoughts on “The Future of Religion”