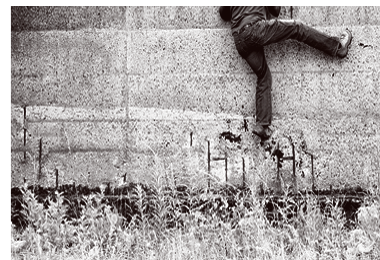 Hi there; I’m Stephen. This is the story of what I do and how I came to be doing it. It started forty years ago when I dreamed of escaping my own mind.

I was known at the time as Thubten Sangye. That was after I hitch-hiked to India and was ordained in the Gelugpa school of Tibetan Buddhism — shaved head, maroon robes and all. For reasons that are as complicated as life gets, I realized eight years later that I really didn’t belong there (the abbreviated story’s here if you’re interested; the long version’s in my memoir). That wasn’t the end, though. In the most important ways, my story only started to unfold (or unravel) when I fell like a punctured balloon back into the real world.

To say that the Buddha’s teachings continue to hold my interest is an understatement, but what they mean to me now – and what they’ve done for me – is very different from what I expected. Forty years ago I thought I was destined to empty my mind and metamorphose into some sort of radiant being. Today, I’m happy to get from one day to the next without losing my cool. Now you might think that’s quite a disappointment, but you’d be wrong. Life is good, and I tip my hat to the Buddha for that.

Like many others, I grew frustrated with the pointlessness of consumer life. I drifted away from the status quo and came to distrust society and religion – even science and technology. After an unconvincing stint as a communist, I turned to astrology, dowsing, lay lines, orgone energy and various forms of magic. These alternative ways enabled me to dream and explore; they were stepping stones.

That whole alternative, well-meaning, counter-establishment world is brilliantly involuted. The fact that I didn’t accomplish anything in particular seemed to reflect more poorly on me than on the methods I chose. They remain perennially popular and perfectly immune to common sense. In the end I didn’t so much lose faith in them as simply drift away – to Buddhism. Now that was different.

Many people today say that Buddhism isn’t a religion but a philosophy. There’s growing interest in something called secular Buddhism, though it’s devilishly hard to define. The point is, you can make of Buddhism what you want: a religion, a philosophy, a way of life – it can even become a rigid and lifeless intellectual structure if that’s your thing. The Buddha’s point, however, was to train the mind (not fill it, or empty it for that matter). It takes some learning, but it’s mostly about practice – the sort of practice it takes to become a good musician, a great tennis player or a sublime businessperson: it’s an art. I call it The Art of Mindful Reflection. Some call me a secular Buddhist, but I don’t really go for labels.

The Buddha began his teaching career with an audacity that would shock the most accomplished PR professional: he announced that life was essentially miserable, but that he’d reached a state of perfection and could point the way. Amazingly, it paid off. That was twenty-six centuries ago, and until the communist takeover of China, Buddhism was the most populous religion of all time. It may yet regain that title.

My 1960s counter-culture generation made Asian forms of Buddhism widely accessible in the West. Today, the Dharma Punx and the Buddhist Geeks are paving a whole new approach to the Buddha’s practices – one not rooted in exotic cultures but in the stressful, sometimes sordid realities of first-world ghettos and technological consumerism. My mission is to place the ancient texts and our new reality on equal footing, to make life meaningful, better understand happiness (as opposed to entertainment), and above all to make peace with the extraordinary pace of life today.