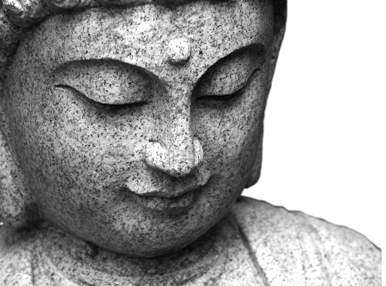 I used to be a Buddhist, but I no longer call myself one. That’s not because I’ve got a problem with the Buddha – far from it. It’s because I neither belong to any community, nor wish to.

I was part of the hippy generation. We trekked out to Asia in search of trips, and that’s exactly what we found. Mixed in with the trips was some good stuff, but in time I realized that insight wasn’t the exclusive domain of Asian religions. Western thought started out in Greece at about the same time as Buddhism, and in response to many of the same questions. However, we were rebels, distrustful of our elders and resistant to the traditions they were pressing on us. That’s in part why we turned to Asian teachers.

Trouble is, when you get into alternative stuff – especially when you’re righteous about it – you tend to go too far. We were credulous to a fault. The Burmese, Thai, Ceylonese, Tibetan, Japanese and Chinese masters we went to weren’t just teachers; they were gurus, and that raised issues.

The guru-disciple relationship is a feature of hierarchical, pre-democratic societies. It’s all wrong for sceptical Western explorers of Buddhism. We have ample traditions on which to build fruitful teacher-student relationships without adopting a foreign culture – as if that were even possible. Western democracy isn’t just a form of social organization; it’s a mindset. Only when you respect that, as well as the independence of thought that’s bred into our whole artsy-scientific educational system, can you learn to make real sense of what the Buddha taught.

This is no reason to dump the Buddhist teachings, but it’s crucial to see them in context – and that takes work. I was taught by Tibetan masters who believed in invisible demons, used dice (mo) to make everyday decisions and saw nothing unreasonable in sitting for days through unintelligible ceremonies. In search of something more rational, I went to Theravada Buddhism, custodians of the Pali Canon – the oldest and most ‘authentic’ Buddhist scriptures. These teachers are far less mystical, but still rooted in religious forms. The Pali texts are filled with hard-nosed observations about the nature of consciousness, but they also describe miracles and otherworldly beings that reflect nothing in my experience, only in my wishful thinking. So once again I learned that without independence of thought, there’s no way to make practical sense of Buddhism. The Buddha himself said:

“Do not be satisfied with hearsay or with tradition or with legendary lore or with what has come down in scriptures or with conjecture or with logical inference or with weighing evidence or with liking for a view after pondering over it or with someone else’s ability or with the thought, ‘This monk is our teacher.’ When you know in yourselves: ‘These things are wholesome, blameless, commended by the wise, and being adopted and put into effect they lead to welfare and happiness,’ then you should practice and abide in them.” [From the Kalama Sutta (trans. Nanamoli Thera)]

Picking and choosing what you like from Buddhism and mixing it with a bit of Christianity, a sprinkling of Kabbala and a hefty chunk of theistic metaphysics will get you nowhere. It’s tempting; it’s beguiling. That’s what Eckhart Tolle does. He delivers great insights and speaks much truth, but it doesn’t add up to a system, and the system is Buddhism’s diamond in the rough.

Meditation’s a chaotic affair; the practices can be frustrating and unclear, but they’re real. In the quote above the Buddha points out that belief is not enough; Modern, secular people are okay with that. But he also suggests that logic and reason too are insufficient. Like it or not, most of us are addicted to figuring things out. That’s in part because figuring enables (actually requires) you to put a spin on things. Watch your mind for a while and you’ll see it happening. For the Buddha, all that counts is experience – nothing more and nothing less. You could call his method ‘subjective empiricism.’ It must be subjective, since no one knows your mind but you; as for the empiricism – well there’s no point in me getting all rational about that, is there? You have to try it out for yourself and see. Give it a good chance and discover for yourselves whether it works or not. That’s what I mean by independence of thought.